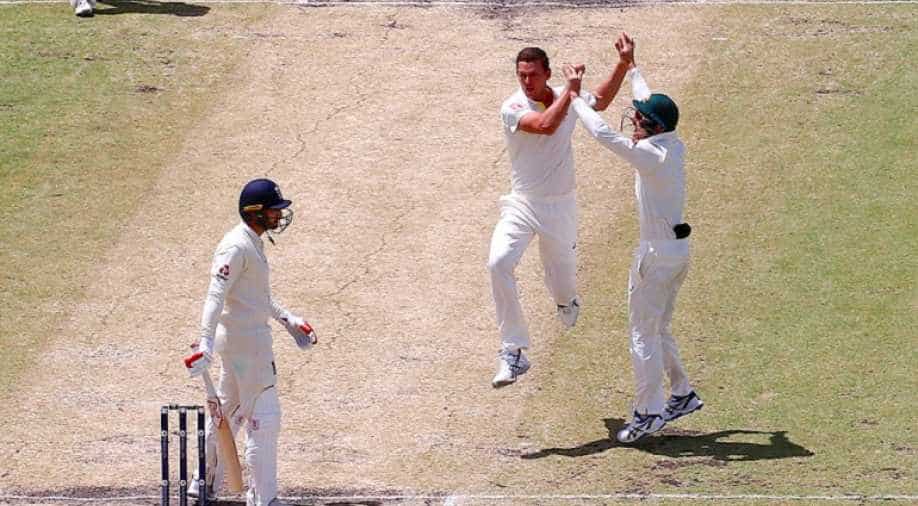 The play was abandoned due to rain on the fourth day of the third Test in Perth on Sunday. Photograph:( Reuters )

England was battling to save the Ashes at 132 for four in their second innings when play was abandoned due to rain on the fourth day of the third Test in Perth on Sunday.

Needing to avoid defeat to stay alive in the series, the tourists still trailed by 127 runs after Australia declared their first innings at 662 for nine in reply to England`s 403.

It is Australia's highest ever Ashes total at home, with captain Steve Smith finally dismissed for 239 from 399 balls.

Dawid Malan was on 28 and Jonny Bairstow on 14, with Josh Hazlewood claiming two wickets.

England's top-order once again crumbled under sustained pressure from an Australian blue chip attack honing in on a widening crack down the pitch.

At 2-0 down in the series, England must not lose at a ground where they have not won since 1978 to avoid surrendering the urn at the earliest.

Novak Djokovic vs Thanasi Kokkinakis live streaming: When and where to watch Wimbledon tie in India?