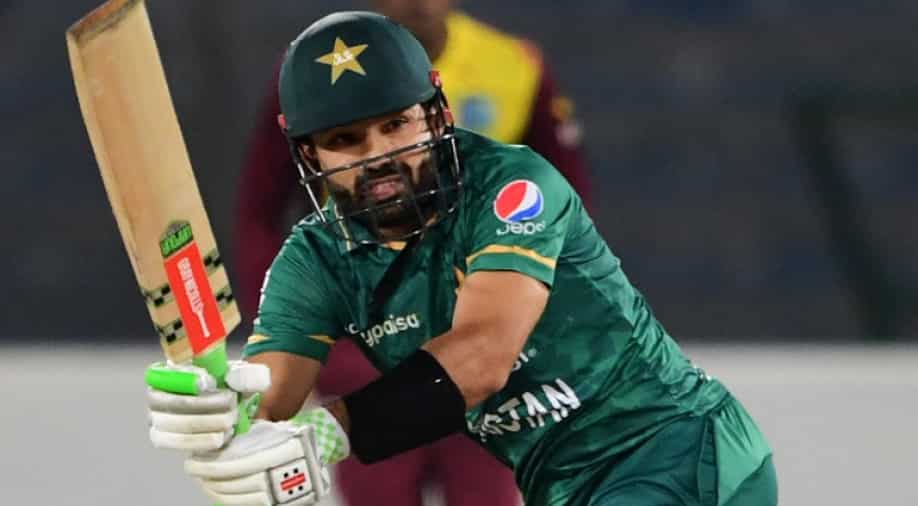 Pakistan batter Mohammad Rizwan created a new world record in T20s on Thursday with his 87-run knock in the third and final T20I against West Indies.

Mohammad Rizwan has been one of the top performers for Pakistan in T20 cricket this year. The wicket-keeper batter had a terrific T20 World Cup 2021 campaign and continued his purple patch in the just-concluded T20I series against West Indies at home. Rizwan slammed a brilliant 87-run-knock of just 45 balls to help Pakistan chase down the target of 208 runs and clinch the third T20I against the visitors in Karachi on Thursday.

After back-to-back wins in the first two T20Is, Pakistan thrashed West Indies by seven wickets in the third and final encounter to clean sweep the series 3-0. It was a splendid batting performance from the hosts as half-centuries from Rizwan (87) and Baba Azam (79) helped them chase down the huge target of 208 runs with seven balls to spare.

Rizwan became the first batsman in the world to score over 2000 runs in T20 cricket in a calendar year as he set a new world record with his 87-run-knock in the third and final T20I. The wicket-keeper batter has had an amazing 2021 as far as the shortest format of the game is concerned.

Rizwan broke the record of Chris Gayle, who had the tally of 1665 runs in a single year. His knock also helped Pakistan record their highest ever run chase in a T20I game as they scaled down the target of 208 runs comfortably.

Rizwan had scored 78 runs in the series opener against West Indies before notching up 38 runs in the second T20I. He came close to smashing a century in the third and final T20I on Thursday but fell short by 13 runs after getting dismissed on 87 off just 45 balls.

Nonetheless, he scripted history by becoming the first batter to breach the 2000-run mark in T20s in a calendar year.