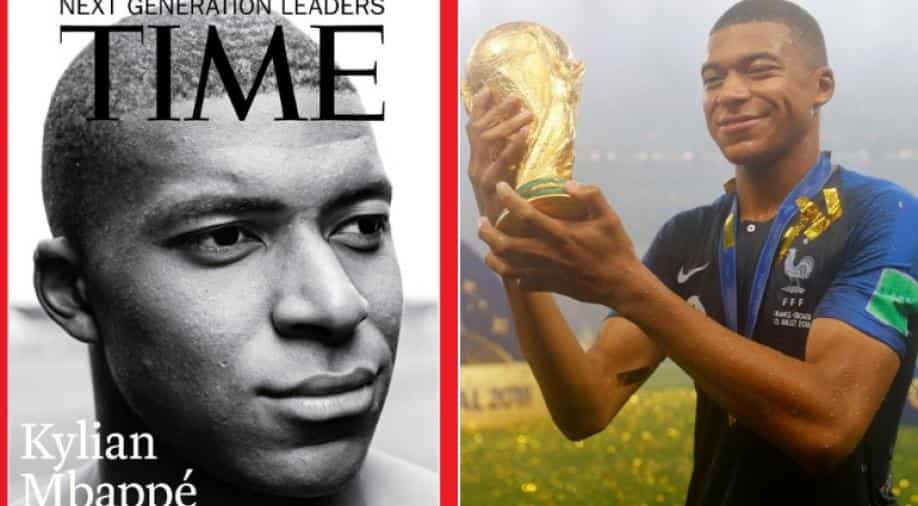 Mbappe became the youngest French goalscorer in World Cup history when he struck in a 1-0 win over Peru in the group stages.

French footballer Kylian Mbappe's rapid rise to global fame and in his football game has earned the 19-year-old World Cup winner an appearance on the cover of Time magazine's international edition, scheduled to appear on Friday.

Time said Mbappe was a global superstar who "is the future of soccer."

"Mbappe sits high above a stadium, trying to find the words to describe how drastic a turn his life has taken this past year. His breathtaking soccer skills have propelled him to global fame in a matter of months. He earns more money than he could ever have imagined," the magazine said in its article.

The teenage football icon made headlines in September 2017 when he moved from Ligue 1 side Monaco to Paris Saint-Germain for a staggering 180 million euros ($207 million).

However, his stocks skyrocketed during this year's World Cup, where a series of phenomenal displays drew compliments from Brazil legend Pele on his way to helping France end their 20-year wait to win another World Cup trophy.

He also became the youngest French goalscorer in World Cup history when he struck in a 1-0 win over Peru in the group stages.

Born in Paris, Mbappe, who began his career at AS Bondy then tore apart Argentina, scoring twice and earning a penalty as Les Blues eliminated the highly-fancied South Americans 4-3 in the last 16 knockout round.

In doing so, Mbappe became only the second teenager, after Pele in 1958, to score two goals in a World Cup match.

He also scored with a five-yard strike in the final, a 4-2 win over Croatia, to become only the second teenager to do so, after Pele, in 1958.

With a total of four goals in the tournament, Mbappe received FIFA’s award for Best Young Player of the World Cup.