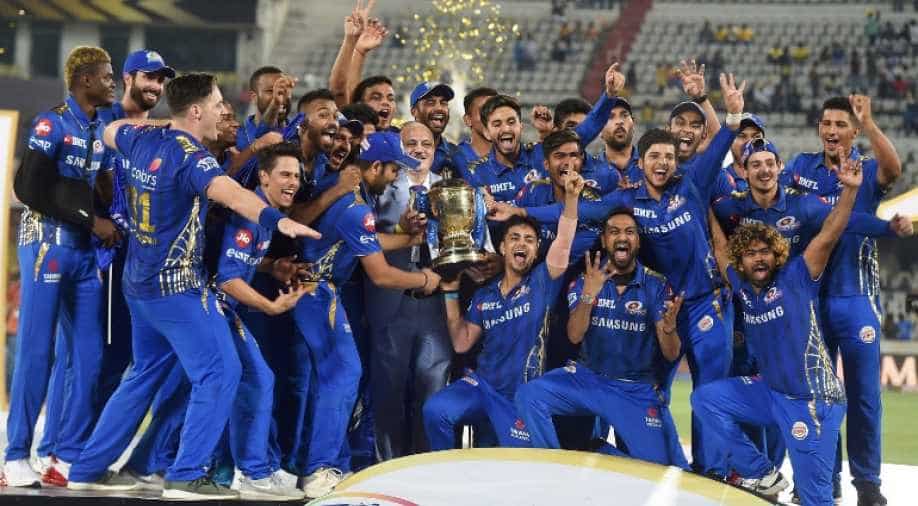 Rohit Sharma, the skipper of Mumbai team, lifted the Indian Premier League trophy for the fourth time and became the most successful captain in the IPL history.

Along with the trophy, Mumbai team got INR 20 crore as prize money. David Warner got the Orange Cap as he ended the tournament as the highest run-getter.

While the 40-year-old Imran Tahir won the Purple Cap of the tournament as he pipped compatriot Kagiso Rabada to emerge as the highest wicket-taker.

From controversy to special moments, the way the entire season unfolded, it will not be forgotten anytime soon by the fans and experts alike.

Here's look back at some of the bittersweet moments of IPL 2019:

1- A better opening ceremony
The twelfth edition of IPL stated with BCCI's warm gesture when they contributed the entire budget earmarked for the league's opening ceremony to the funds of the Indian armed forces and Central Reserve Police Force (CRPF). The BCCI has contributed a sum of Rs 20 crore.

2- Fresh face from Kashmir
The 17-year-old Rasikh Salam, who was picked at his base price of Rs 20 lakh by Mumbai, made his debut for Mumbai team against Delhi on March 24. He received his maiden cap from former Indian cricketer Zaheer Khan, who is Mumbai's Director of Cricket.

3- 'How are you?'
Chennai's skipper MS Dhoni was asking Ziva "how are you” in six different languages: Tamil, Bengali, Gujarati, Bhojpuri, Punjabi, and Urdu.

Watch the video to see how effortlessly Ziva responded to the questions in all the languages.

4- Warner hits a cameraman
David Warner, the Orange Cap winner, put behind the embarrassing ball-tampering scandal that kept him out last year, and rocked in the IPL 2019. He scored a total of 692 runs that included 21 sixers.

One of the sixes really caught spectators' eye when he launched it over the ropes only for it to crash into a cameraman but luckily he was unhurt.

5- 'Spirit of Game'
Punjab skipper Ravichandran Ashwin ran out Rajasthan's Jos Buttler, who was at the non-strikers' end, without giving him any warning.

Buttler's dismissal during a league match between Rajasthan and Punjab triggered a spirit of game debate and left the cricket world divided.

6- First Super Over of edition
Delhi defeated Kolkata in season's first Super Over as Kagiso Rabada defended 10 runs to steer Delhi to a thrilling victory on March 31.

8- 'Man with a golden heart'
An elderly woman had come to the Wankhede stadium not to watch the game but to meet the former Indian skipper. She was caught on camera holding a placard with her wish written on it - "I am here only for Dhoni".

After the match got over on, Dhoni made his way down the stairs from the team's dressing room and met the woman and the young girl who accompanied her.

10- Go Green!
In one of their league matches, Bangalore came out wearing green jerseys, instead of their regular red one, to spread a message on environmental conservation.

11- Andre Russell or a superhero?
With his match-winning and entertaining knocks, Russell has become a cricket sensation among Indian fans and Twitter users have compared him with several Bollywood's reel icons.

Russell was even compared to Thanos, who is the villain in Marvel's Avengers series. 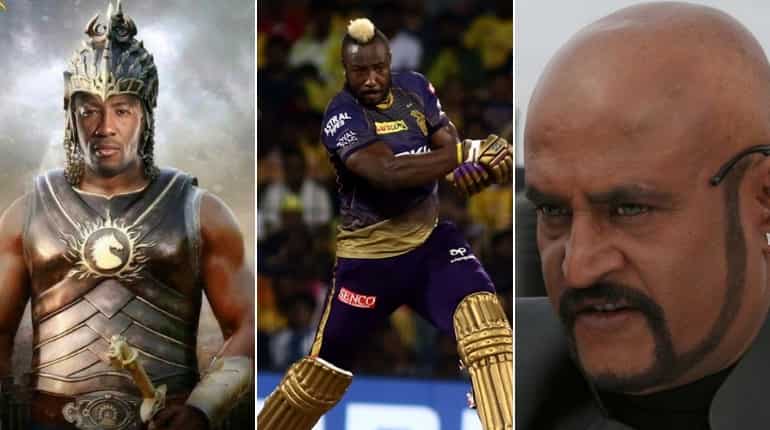 12- IPL's tight schedule leads to this...
Dhoni and his wife Sakhi Dhoni were found sleeping on the floor of an airport. The Indian wicket-keeper batsman shared the picture with a witty caption on his official Instagram account and the image immediately went viral on social platforms.

Dhoni wrote, "After getting used to IPL timing this is what happens if u have a morning flight."

Chennai's Dwayne Bravo and Rajasthan's Ben Stokes tried their hands on hair cutting besides showing off their cricketing skills.

Stokes was seen giving a haircut to Ish Sodhi ahead of the crucial tie against Chennai.

14- Angry MS Dhoni
Chennai's skipper MS Dhoni was seen extremely angry at the umpires in the last over while chasing 152-run target against Ajinkya Rahane-led Rajasthan team on April 12.

The confusion emerged when the umpire, for a moment, indicated a no-ball but the leg-umpire said he never signalled for it. Ravindra Jadeja and Mitchell Santner started questioning the on-field umpires and amid that, Dhoni walked onto the ground to talk to the umpires.

Umpires, however, denied it and eventually signalled it as a legitimate delivery.

First, he became the first Indian batsman to hit 200 sixes in Indian Premier League, besides he also hit the biggest six in the history of IPL.

18- Were they glued?
From Dhawal Kulkarni to Jofra Archer, bowlers have been denied a clean wicket just because the stubborn bails refused to come off the stumps.

Rajasthan team were shadowed by the poor luck as they have been denied wickets three times just because the bails did not remove.

WATCH: Thala Dhoni effect? When even bails refused to fall