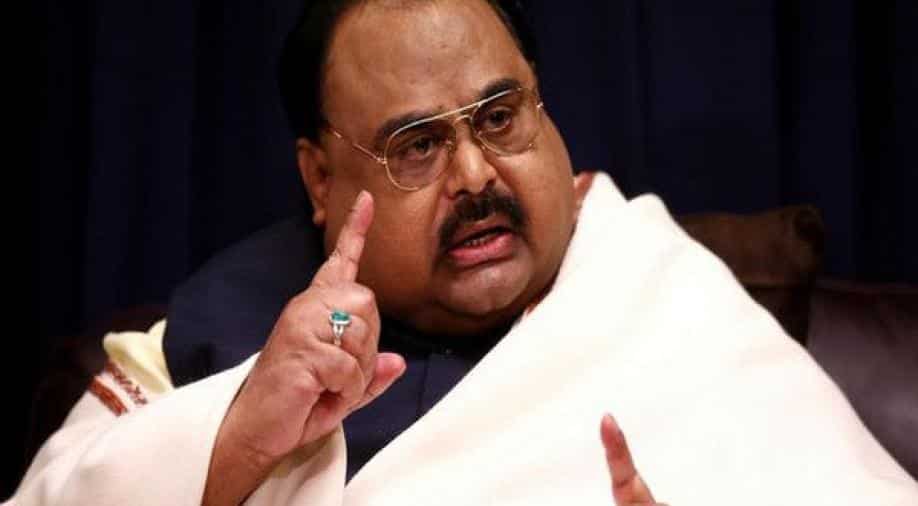 The MQM founder discussed in detail the prevailing anti-Mohajir and anti-Baloch policies of the state of Pakistan.

Muttahida Qaumi Movement (MQM) founder and leader Altaf Hussain on Wednesday vowed to rebuild a new state for Mohajir people who have allegedly been denied equal rights and justice by Pakistan from the past several decades.

Speaking at his 65th anniversary here, Hussain said, "Justice system in Pakistan is of dual standard, which is unacceptable. We would either accept a fully autonomous and powerful province for Mohajirs or a complete new Mohajir State. We won't accept anything less than either of these options."

The MQM founder discussed in detail the prevailing anti-Mohajir and anti-Baloch policies of the state of Pakistan and asked, "What would be the exact feelings on seeing others occupying the house on gun points, exploiting all resources on the basis of power and influence? This is the typical situation that calls for use of power to retrieve the stolen rights. The oppressors would never listen to us unless we use the same strategy, say the use of power to repel them out of our lands."

Elaborating on the ongoing issue, Hussain added, "This is the typical situation that calls for use of power to retrieve the stolen rights. The oppressors would never listen to us unless we use the same strategy, say the use of power to repel them out of our lands."

The MQM founder further said that he has been questioned as to why he had slammed Pakistan ignoring that his people have been kidnapped and enforced to disappear and are extra-judicially murdered and these things are enough to upset any sensible mind. When Mohajir women visited Martyrs' monument at Azizabad, they were subjected to torture and arrest and even minor children were also not spared, he noted."

Mohajirs' ancestors created Pakistan but today their offspring are denied of their just equal rights and are treated as slaves.

Mohajirs had laid 2 million lives for the creation of Pakistan but they armed forces of the country had slaughtered more than 22, 000 Mohajirs during special crackdowns.

Not only this but a senescent leader of the Movement, a 70-year old academician Prof. Dr Hassan Zafar Arif was picked and murdered by the armed forces of the country on Jan 13, 2018, forgetting his role in educating millions in Pakistan.

"Are the armed forces and law enforcers for peoples' protection or butchering them? Will they be saluted or slammed?" he questioned.

Stressing on the inequality faced by Mohajirs, Hussain said when Pakistan Muslim League-Nawaz (PML-N) President Shehbaz Sharif was produced in the court of law, his party workers were possessing armoured personnel carrier, but the police did not book them for any offence.

"But when the women journalists belonging to Mohajir community entered an office of a Pakistani private television company asking them to be unbiased in reporting, the paramilitary Rangers and Police tortured them and later lodged them in jail. The Rangers had also killed one of the youngest workers of the movement."

"Tehreek-e Labbaik had attacked media houses, police stations and public property but they were felicitated with cash prizes while MQM women were subjected to torture and straight fire. Why this double standard? The Chief Justice of Pakistan ignored Khadim Hussain Rizvi who openly called names to him but on the contrary, the CJP awarded sentences to other political leaders in the garb of contempt to court." Hussain continued.

"Not only that, the Creator of Pakistan's nuclear programme and the atomic bomb, Dr Abdul Qadeer Khan was also a Mohajir but was humiliated and the entire credit was given to a Punjabi Scientist Dr. Samar Mund. Was that not sheer bias against the Mohajir Nation? We won't accept this double standard of justice, denied of justice. The state institutions are not willing or ready to listen to us and are taking all measures to eliminate us. Either we would accept a fully autonomous and powerful province or we would fight for independent Mohajir State."

The MQM leader also touched upon the issues of the Baloch community and said, "Pakistan's army is butchering the innocent Baloch youths because they are demanding equal rights. The army is killing them after declaring them as terrorists. Army has to roll back their plans and they would have to free Balochistan and we are the supporters of free and independent Balochistan."

While addressing the people of Punjab, he asked them to take to streets for supporting Baloch and Mohajirs in their fight for equality and human rights. Hussain also clarified that he had never slammed Pakistan but had slammed its corrupt and butchering feudal system.

"Pakistan should be free from the decayed feudal system, corrupt Capitalist system and that everyone in Pakistan should have equal rights and equal citizens. The minorities in Pakistan, especially the Ahmedi, should also be respected with regard to their rights and religious freedom as Pakistani citizens."

Hussain also talked about the judicial system of the Pakistan and said, "It is beyond reasoning that the apex court of Pakistan has declared Nawaz Sharif as most dishonest person but, on the other hand has held Imran Khan Niazi, the Prime Minister of Pakistan as most honest person ignoring the fact that the court of Los Angeles had already declared him as fornicator, a biological father of a girl child he reproduced out of marriage."

"Everything in Pakistan is done either by Pakistan's army or on its dictation and no institutions in Pakistan including the judiciary is free from the clutches of the army. What the courts in Pakistan are doing is only done on army's behest and dictation," he added.

Hussain also alleged that courts in Pakistan declare anyone as a traitor if instructed to do so by the Army. "The country is under siege," he added. 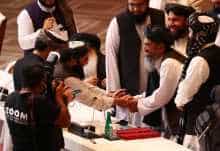