Will give 'hard' response to cross-border terror: Indian Army chief 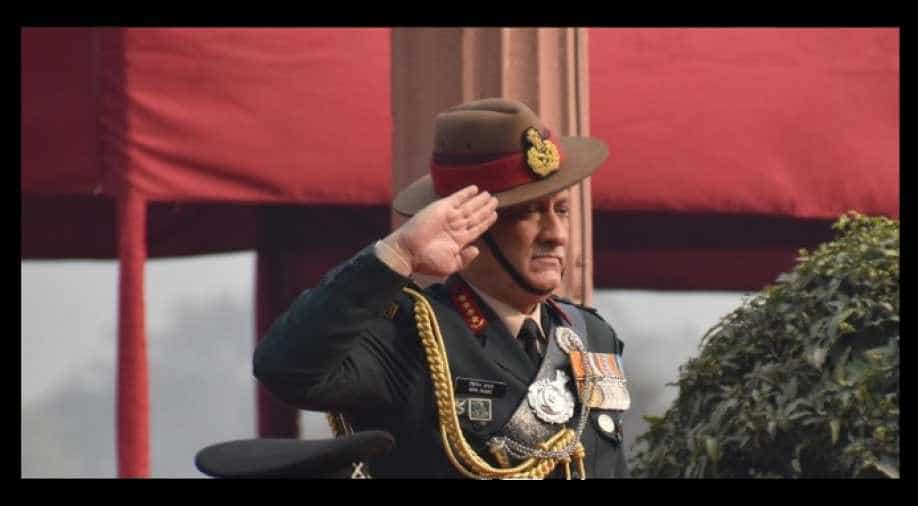 Rawat said that he understands that terrorists should feel 'pain' but the 'response need not be the same every time'. Photograph:( Twitter )

"We will calibrate the response in a manner it hits them hard and compels them to think in the long run whether they need to completely rethink their strategy on supporting insurgency and terrorism in our state," Rawat, who took over as the 27th chief on December 31, said.

When asked about Indian defence minister Manohar Parrikar's statement that "the enemy needs to feel the pain, too", Rawat told PTI that he understands that terrorists should feel 'pain' but the response need not be the same.

"While we do agree that we have to retaliate and ensure that the pain is felt by the terrorists and their supporters, the response need not be the same every time," said the former vice-chief, who was actively involved in the surgical strikes on terror camps across the Line of Control.

He also said that statements like Pakistan's threat of use of tactical nuclear weapons will not deter India when it comes to defending India's borders.

"And if Pakistan is reviewing their strategy on use of nuclear weapon, it is something that they have decided to strategise," he said, adding that Pakistan's statements does not find favour either with India or with the international community.