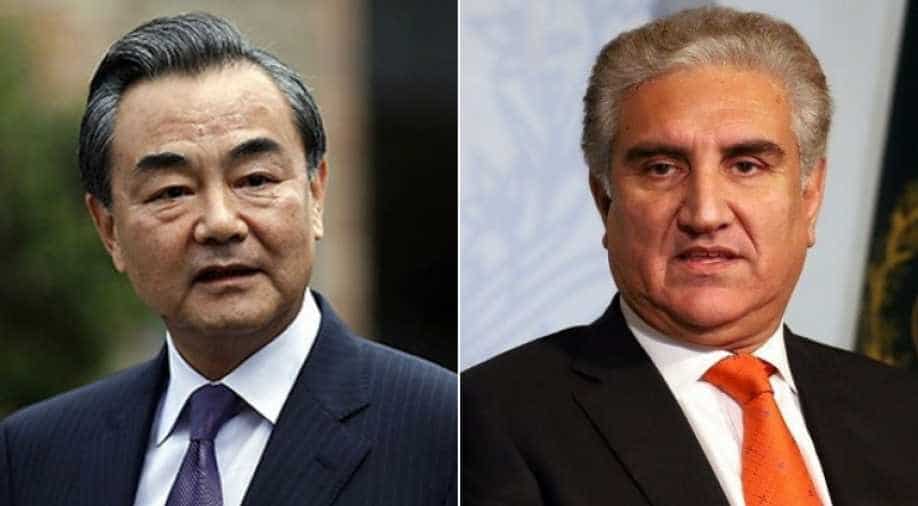 Wang said China was willing to 'enhance strategic communication with Pakistan' with regard to fastening the construction of the CPEC.

"China will continue to staunchly support Pakistan in its efforts to safeguard the sovereignty and territorial integrity, to maintain domestic stability in a bid to boost economic development and to play a bigger constructive role in international affairs," the Chinese foreign minister was quoted as saying.

Wang also said that China was willing to "enhance strategic communication with Pakistan" with regard to fastening the construction of the China-Pakistan Economic Corridor (CPEC), a key trade initiative between the two countries.

Wang added that the two sides need to "promote coordination and cooperation in international and regional affairs in order to protect their mutual interests." The Chinese foreign minister referred to Pakistan as an "all-weather strategic partner" with "rock-solid" relations.

During the meeting with Wang, Pakistan's foreign minister Qureshi said that his country supports the construction of the CPEC while stressing that two countries were "closest friends" and "their all-weather strategic cooperative partnership an anchor of regional stability."

Qureshi said Pakistan was keen to boost the construction of other crucial projects in the Gwadar Port which is the cornerstone of the CPEC project. Wang also met Pakistan President Arif Alvi at the presidential palace in Islamabad and Prime Minister Imran Khan.

"Pakistan welcomes China to play a constructive role in maintaining peace and stability in South Asia, will strengthen coordination and cooperation with China in regional and international affairs and will continue to firmly support China in safeguarding its core interest," Xinhua news agency quoted the Pakistan foreign minister as saying while adding that Chinese foreign minister also met with Afghan foreign minister Rabbani.

"China supports the Afghan government in safeguarding the country's sovereignty, independence and dignity, and is willing to implement the consensus reached between the two leaders to boost the building of the Belt and Road Initiative(BRI), to continue help in the development of Afghanistan's economy and society and the improvement of people's livelihood," Wang Yi told Rabbani during the meeting.