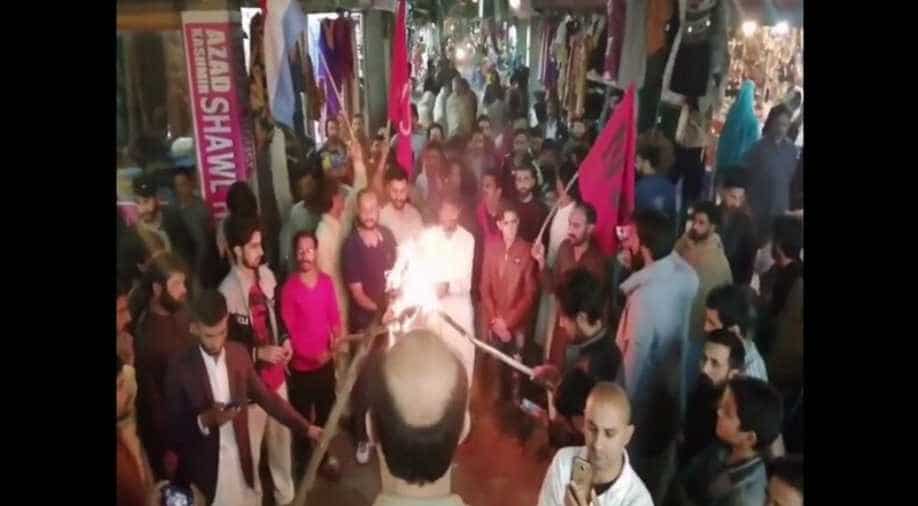 Protesters alleged that the crackdown has become the modus operandi of the establishment which uses brute force to muzzle all kinds of opinions and dissents in the region.

Thousands of demonstrators have taken to the streets of Pakistan occupied Kashmir (PoK) as part of the ongoing protests against the police crackdown on peaceful demonstrations last month that claimed the lives of one person and injured several others in the region.

Protesters alleged that the crackdown has become the modus operandi of the establishment which uses brute force to muzzle all kinds of opinions and dissents in the region.

They alleged that the incident was nothing short of the mayhem unleashed by Pakistani forces in 1947 when they invaded their territory.

Afzal Suleria, Leader of National Students Federation in Muzaffarabad said, "Our state was divided into many when the tribal attack took place in 1947. The history was repeated. There was a situation of violence and plunder. Women were targeted. Houses were shelled with ammunition."

"Children were charged with baton. Innocents were attacked. One common citizen Aslam Abbasi was killed. No judicial commission has been formed till date and the culprits have not been prosecuted. They were never brought to justice and no FIR was registered".

Various political parties under the All independent parties alliance (AIPA) in PoK had called for a pro-freedom rally in Muzaffarabad on October 22 to observe "black day". It was on this day in 1947 that Pakistani forces had invaded Jammu and Kashmir.

People had come out on the streets in large numbers to register their protest on the 72nd anniversary of the Invasion Day.

Denying the demonstrators to hold anti-government protestors, the police resorted to using tear gas shells and lathi-charged to disperse the crowd.

Muzaffar Baig, another leader of the National Students Federation said while addressing a gathering, "They have their power of influence on common people, be he a businessman, farmer, labourer, or common dweller. Police exercise its authority only on commoners."

While anti-establishment demonstrations and protests is a common sight in the PoK, the last few weeks have presented a different picture altogether.

Unprecedented support and the unflinching morale of the people have certainly rung alarm bells for Islamabad.

At a time when Imran Khan Government is already facing a massive political resistance, an impending change in PoK cannot be ruled out.