Many Delhiites believe their beloved 'metro' is slipping on integrity and performance. Photograph:(AFP)
Follow Us

Ask the denizens of New Delhi about a modern icon representing their city and most of them easily reply with “Delhi Metro”. The metro rail service has become an integral part of the lives of people here. It is unfortunate, then, that some people believe their beloved “metro” is slipping on integrity and performance. On December 27, hundreds of commuters ended up paying fines for no fault of theirs and it caused some resentment. 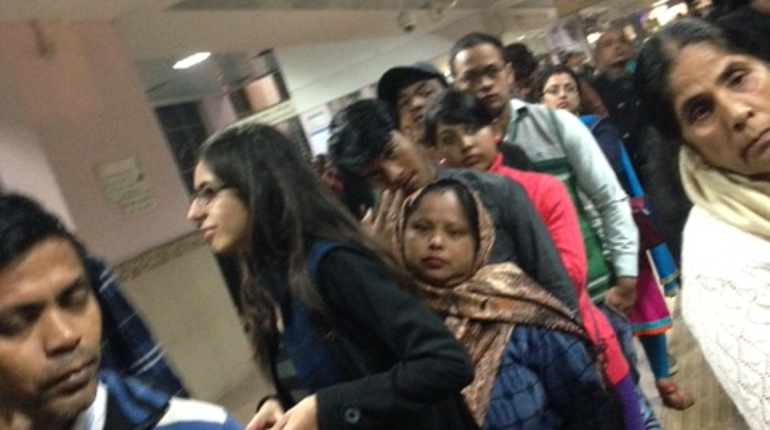 The low frequency of trains resulted in a huge build-up of waiting commuters. (WION)

Rajeev Sharma, an under secretary in the Ministry of Rural Development and a car-pool enthusiast, chose to board a metro to Vaishali that evening. His journey ended in an unusual manner. Upon exit at his destination, Sharma’s metro card was declined and he was asked to pay a fine of Rs 10. His fault was that he did not exit the metro premises within the stipulated time after his entry at Central Secretariat station. There was a huge line of fine payers like Sharma that evening at Vaishali station. Only two passengers decided to lodge a formal complaint. 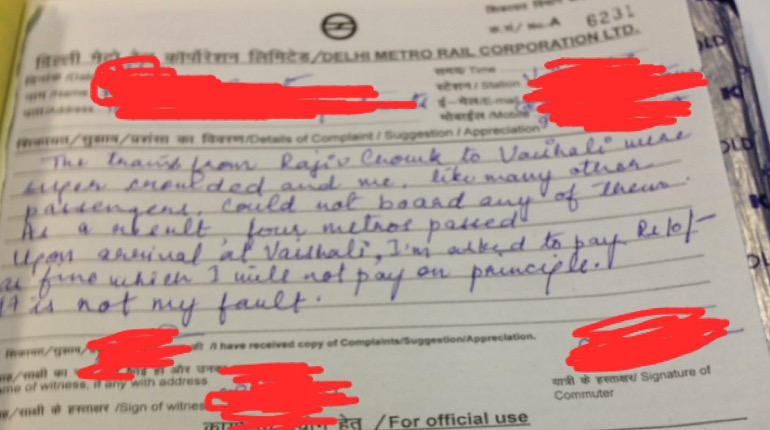 Only two passengers decided to lodge a formal complaint. (WION)

Sharma said that he was not at fault for the delayed exit for which he was fined. Due to the raging crowds at Rajiv Chowk, from where he changed from the yellow to blue line, he had to miss several trains before he could finally squeeze into one. Other passengers echoed the sentiment. Many of them shared similar stories about Yamuna Bank, which is also a changeover station. On an average, commuters had to miss at least three trains for being too crowded.

“The fine is to dissuade people from loitering and misusing the metro premises. But after a long working day, I doubt hundreds of us decided to loiter rather than getting home at the earliest,” shared Sharma. He added, “the frequency of the trains was lower than usual and all the trains had six coaches instead of eight. This resulted in a huge build-up of waiting commuters.” He also shared that the staff at Vaishali metro station did not co-operate and insisted that he pay the fine. It was only after an hour that the station manager agreed that the delayed exit was not his fault.

It should be noted that December 27 was an inconspicuous day in terms of the traffic situation in Delhi. The city sees mad traffic rush on roads and the number of metro commuters also increases manifold on festive days.

Sugandha Sehgal, an assistant professor at Jesus and Mary College, comments on the difficulty in boarding at some stations. “Rajiv Chowk can be particularly bad, especially for women. It is not as if we are delicate darlings. But how can we even squeeze ourselves in when there is not even breathing space in a coach?” She finds this fine ridiculous and adds, “Metro can easily create artificial crisis by delaying the trains or reducing the numbers of coaches during peak hours. Hundreds of commuters will end up paying this fine.”

Somnath Sengupta, associate fellow at Observer Research Foundation commutes between Jangpura and ITO stations on the purple line. He swears by the metro but realises that his ease of commuting depends partly on the fact that there are changeover stations on his short route.

Metro officials at the stations refused to comment on issues relating to fines and delays. Worse, countless calls to the corporate communications department officials went unanswered. Who is to tell, therefore, if delay penalties are not a trick to increase Delhi Metro Rail Corporation’s revenues? 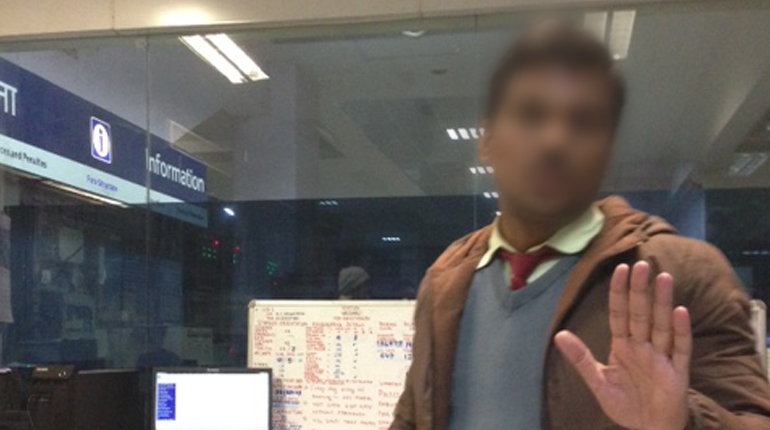 Metro officials at the stations refused to comment on issues relating to fines and delays. (WION)