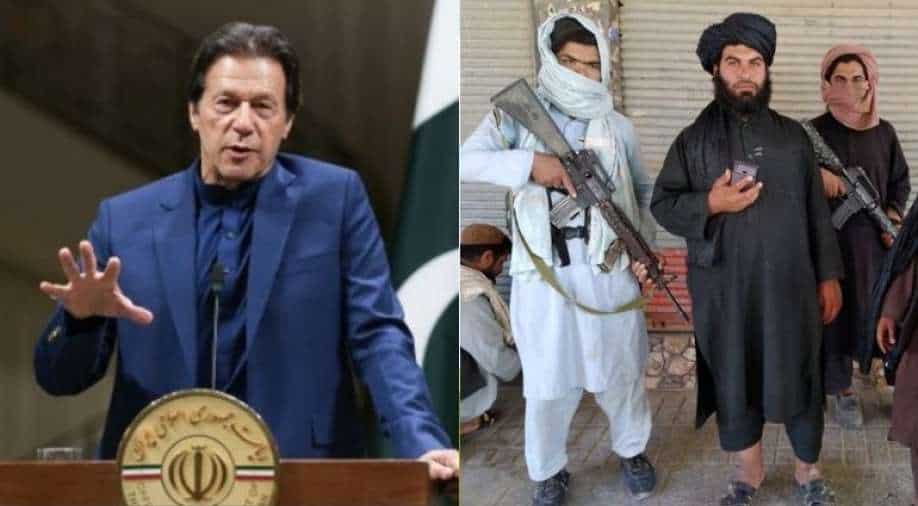 Unabashedly admitting Pakistan military's close ties with Taliban and its anti-India agenda, a leader of the ruling Pakistan Tehreek-e-Insaf (PTI) government has talked about taking help of the Taliban in Kashmir during an on-air television show.

During an on-air television show, a leader of the current Pakistan Tehreek-e-Insaf (PTI) government openly admitted Pakistan military's intimate ties with the Taliban and its anti-India objective.

Neelam Irshad Sheikh, a senior leader of the Pakistan Tehreek-e-Insaaf (PTI), the PM Imran Khan's political party, predicted that the Taliban will win Kashmir and hand it over to Pakistan.

"The Taliban are saying that they are with us and they will help us in Kashmir," Sheikh said during the show.

#PTI leader Neelam Irshad Sheikh: Taliban have announced that they will join hands with Pakistan to liberate Kashmir. pic.twitter.com/MfC7mQ6lLh

The news host, alarmed by the PTI leader's statement, said, "Do you realise what you've said, Madam? You are completely unaware of what you have said. For God's sake ma'am, this show will be broadcast all over the world. In India, this will be seen."

However, an unaffected and unconcerned Irshad Sheikh continued saying that "Taliban will help us because they have been mistreated."

The Afghan government had previously accused Pakistan and its intelligence arm of aiding and abetting the Taliban.

Pakistan has deep ties with the Taliban and has been accused of supporting the Islamist group as it battled the U.S.-backed government in Kabul – charges denied by Islamabad. When the Taliban captured Kabul last week, Pakistan Prime Minister Imran Khan said Afghans had broken the “shackles of slavery”.

Pakistan, along with Saudi Arabia and the United Arab Emirates (UAE), was one of only three countries to recognise the Taliban when they were in control in Afghanistan (from 1996 until 2001).