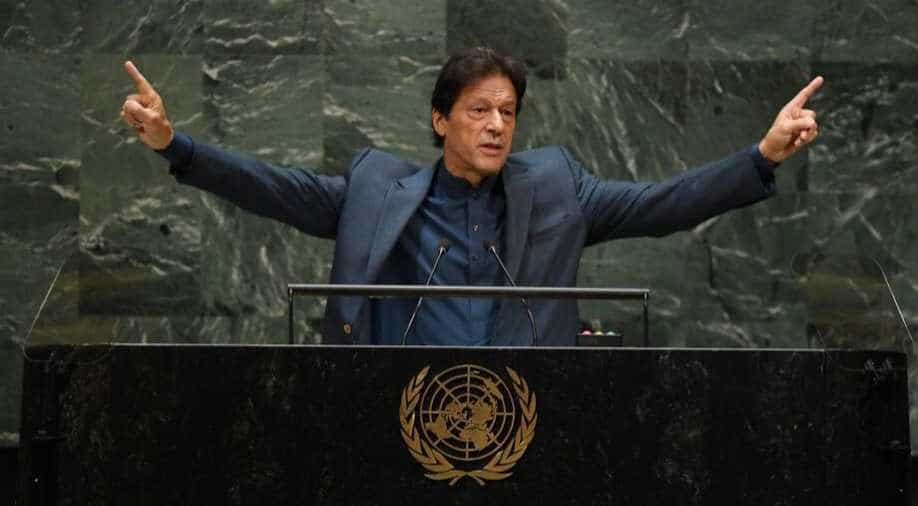 Pakistan Prime Minister Imran Khan defended the allegation of providing safe haven to the Taliban in an interview with a US news channel, describing them as "normal civilians" and asking how his country was supposed to track them down in such a situation.

Imran Khan, Pakistan's prime minister, said on Tuesday that the Taliban were not some military outfit but 'normal civilians'.

Questioning the United States motive for the Afghan invasion he also said that the US has 'really messed it up in Afghanistan'.

Due to his continuous support for the Taliban, Imran Khan has earned the moniker 'Taliban Khan' in Pakistan's politics.

“When they say Pakistan handed the Taliban safe havens and sanctuaries, where are these safe-havens? When you mentioned there are three million Afghan refugees in Pakistan, who are, by the way, the same ethnic group as the Taliban, Pashtuns, Imran Khan said, "Now there are camps of 500,000 people."

“There are camps of 100,000 people. And Taliban are not some military outfit. They are normal civilians. And if there are some civilians in these camps, how is Pakistan supposed to hunt these people down? How can you call them sanctuaries?” he added.

Pakistan has long been accused of assisting Taliban rebels against the Afghan National Security Forces with the military, logistical, financial, and intelligence support (ANSF).

Due to his continuous support for the Taliban, Imran Khan has earned the moniker 'Taliban Khan' in Pakistan's politics.

Khan slammed the US for attempting to "find a military solution in Afghanistan when there was never one."

He commented on the situation, saying that "sadly, the negotiating power of the Americans or the North Atlantic Treaty Organisation (NATO) forces had gone" by the time the world powers realised there was no military option.

When questioned if he thought the Taliban's return was a good thing for Afghanistan, Imran Khan repeated that the only beneficial conclusion would be a political settlement "that is inclusive."