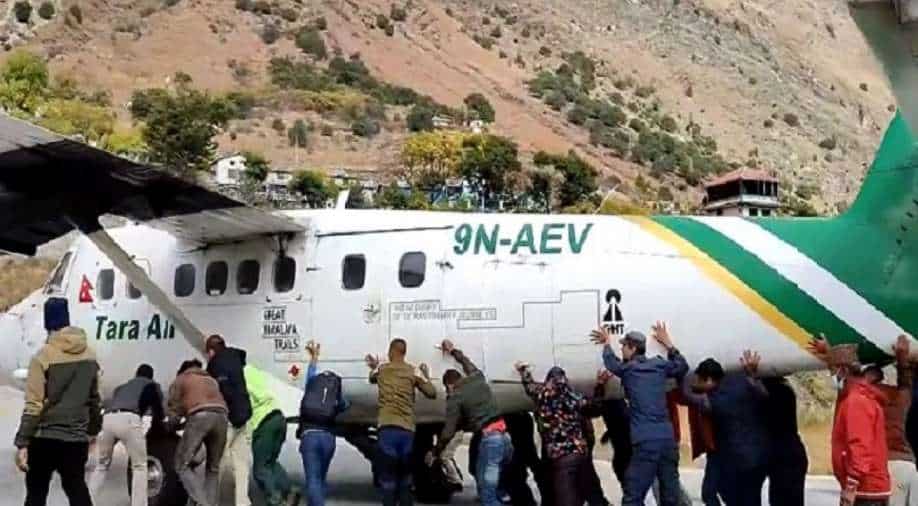 Passengers had to push a damaged airplane off the runway to make way for another plane to land. Photograph:( Facebook )

A passenger jet was attempting to land and pick up passengers in the northeastern section of the area while flying above Kolti Airport.Although passengers began to arrive at the airport, the jet was unable to land.

A large throng of passengers and security personnel were videotaped shoving an airlane off a runway in Nepal, which was a rare sight.

According to Nepal News, the incident occurred at the Bajura Airport in Kolti, where a Tara Air plane was stranded on the runway after a tyre burst.

When the plane's back tyre exploded, it was about to land at the airport.

Despite making emergency adjustments to safely land the plane, the pilot was unable to move it off the runway.

Another plane flying above was unable to land because the taxiway was blocked by the stranded airliner, causing delays at the airport.

Passengers and airport personnel jumped in at that point.

At least 20 people were seen pulling the plane off the runway, according to footage uploaded on Twitter.