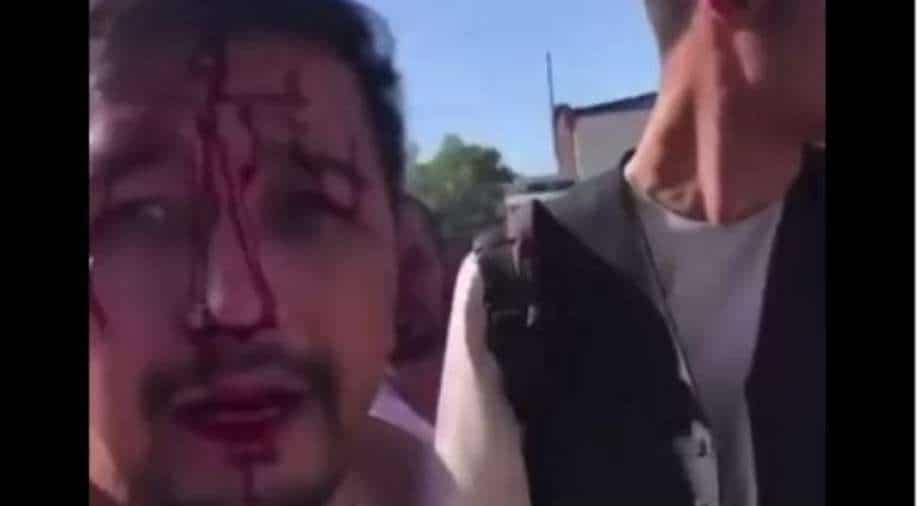 “I am an Australian citizen. I am not Afghan. You cannot hit me,” the Australian man said, speaking in Dari. Photograph:( Twitter )

The man is a member of the Hazara community, an ethnic and religious minority that has endured decades of Taliban persecution and bloodshed.

Blood was dripping from the man's forehead in the footage, which he recorded himself.

In the footage, he can also be heard saying, "They hit me. I am an Australian citizen. They hit me "while armed Taliban members look on.

“I am an Australian citizen. I am not Afghan. You cannot hit me. This happened to me when I was trying to reach airport,” the Australian man is heard saying in Dari.

This is the violent and barbaric Taliban that the world is leaving the people of #Afghanistan to live under.

He is saying ‘They hit me both… I am an Australian citizen”. pic.twitter.com/ptZTV1AK9J

The Australian citizen was beaten and kidnapped by the Taliban as he attempted to flee the country, but was eventually released following his family's pleas.

In Afghanistan, he is still hiding. His brother and wife are in Australia.

The man is a member of the Hazara community, an ethnic and religious minority that has endured decades of Taliban persecution and bloodshed.

As tens of thousands of people flee to Kabul's airport, allegations of Hazaras being singled out for severe harassment at Taliban checkpoints and denied admission to the airport have become common.

In early July, the Taliban tortured and murdered nine Hazara men in Afghanistan, looting their homes in Ghazni province, according to human rights organisation Amnesty International.

Three of the nine guys were tortured to death, according to eyewitnesses, including one who was strangled with a scarf and had his muscles cut off.

According to eyewitnesses, Taliban terrorists broke a 45-year-old man's wrists and legs, shot him, and ripped his hair out.