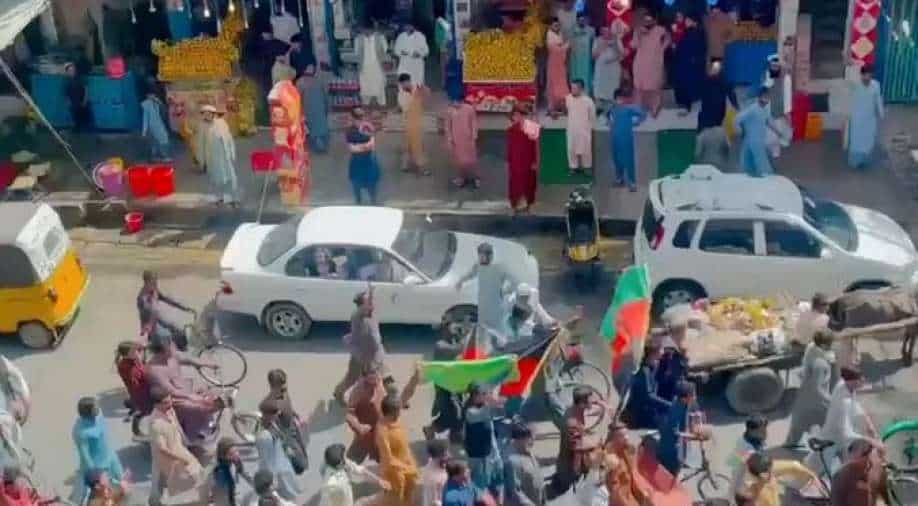 Just days after the Taliban took over Afghanistan, it was met with first protests in Jalalabad on Wednesday, 18 August, where people took down the black on white Taliban flag. Photograph:( Twitter )

Three people were killed and more than a dozen injured after Taliban militants opened fire during protests against the group in the Afghan city of Jalalabad on Wednesday, two witnesses said.

At least three people were reported killed in Jalalabad during the city’s protests against the Taliban banner replacing Afghanistan’s national flag.

According to two witnesses and a former police official, Taliban fighters opened fire during anti-Taliban rallies in the Afghan city of Jalalabad, killing and wounding many Jalalabad protestors.

The killings, according to witnesses, occurred as local citizens attempted to raise Afghanistan's national flag in a municipal plaza some 150 kilometres (90 miles) east of Kabul.

As they attempted to cover the turmoil, local media reported they were assaulted by the Taliban.

Video footage shot by Pajhwok Afghan News, a local news agency, showed protesters in the city who were carrying the Afghan flag fleeing with the sound of gunshots in the background.

A former police official told Reuters separately that four people had been killed and 13 injured in the protests, without elaborating further.

It was not possible to verify how the deaths occurred. A Taliban militant present in Jalalabad at the time of the incident said that, "There were some troublemakers who wanted to create issues for us. These people are exploiting our relaxed policies. "

Disclaimer: WION cannot independently verify the authenticity of these visuals