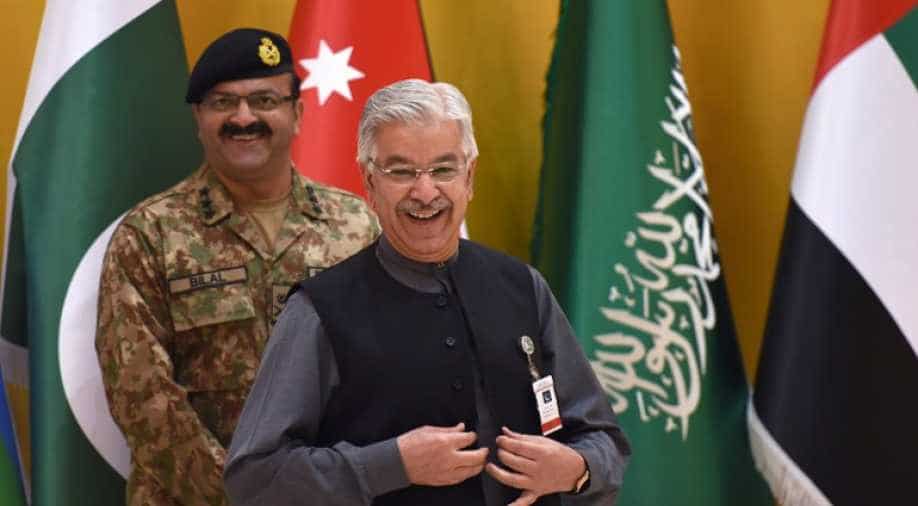 Speaking at a strategic affairs conference, the Pakistan foreign minister said the US had assured him that India's role in Afghanistan would be limited to providing economic assistance, the Dawn quoted Radio Pakistan.

Pakistan has been concerned over India's influence in Afghanistan, especially after President Trump openly requested India's help while unveiling his Afghan policy in August.

During his visit to India last month US secretary of state Rex Tillerson had said India was crucial to the US strategy in Afghanistan and that his country "backed India as a leader in the region".

Expanding on India, Asif told the conference that Pakistan "always preferred comprehensive dialogue with India" that could contribute to peace in the region, the Dawn report said.

Tillerson had met had Pakistan PM Abbasi last month in Islamabad with the US secretary of state talking tough with Pak over its alleged safe havens to terrorist organizations in the country.

In fact, Tillerson paid a surprise visit to Afghanistan before landing in Pakistan with the US administration increasingly worried over spurt in terrorist activities in Kabul.

Tillerson had earlier met Khawaja Muhammad Asif Washington to put pressure on Pakistan to control militant groups in its area.

During the meeting, the Pakistan foreign minister had reassured the US secretary of state that his country was pursuing "zero-tolerance and indiscriminate approach" in its campaign against "all terrorist and militant groups".