US Representative arrives in Pakistan to discuss Afghan peace process 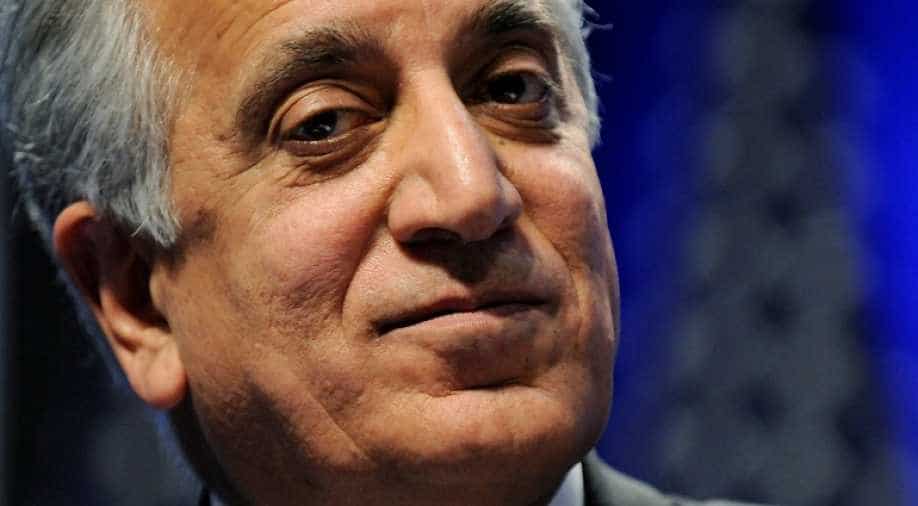 Prior to his arrival, Khalilzad also held meetings with Pakistan Prime Minister Imran Khan and Afghan President Ashraf Ghani on the sidelines of OIC (Organisation of Islamic Cooperation) summit in Makkah, last week.

Zalmay Khalilzad, the United States` Special Representative for Afghanistan Reconciliation, arrived in Islamabad on Sunday to facilitate a peace process that ends the 19 years of war in Afghanistan.

Samaa News agency reported that the US envoy will also attend a Pakistan-US advisory meeting at the Ministry of Foreign Affairs on Sunday in the presence of Pakistan government officials and military leaders.

Prior to his arrival, Khalilzad also held meetings with Pakistan Prime Minister Imran Khan and Afghan President Ashraf Ghani on the sidelines of OIC (Organisation of Islamic Cooperation) summit in Makkah, last week.

In a tweet, he said the meeting will "improve relations between the two countries and help to implement and capitalise opportunities for regional connectivity, integration, and development."

Khalilzad has long been trying to reach a peace deal with the Taliban to end the war in Afghanistan that has entered its 19th year.

The envoy also held a series of meetings with the Pakistani leadership as a part of Washington`s renewed push to bring the Afghan Taliban to the negotiating table.

Meanwhile, in response to the Taliban leader Mullah Hibatullah Akhundzada`s annual message on Eid, Khalilzad also said that the statement provides "a desire to participate in dialogue with other Afghans and in a final political settlement that will require power sharing. "All good things," he added.

On Saturday, the Taliban leader stressed on his previous stance about an end to the presence of the US military in Afghanistan and said the group is open for talks but they expect "honesty" from the United States.

The leader said that "the Islamic emirate is not seeking to monopolize power but it wants all Afghans to have their real role in `government."

Khalilzad continued to say in a tweet that the Taliban leader`s statement suggests the US seeks violence.

"We do not. The level of violence in Afghanistan is unacceptable and we have no desire to perpetuate it," he said.

"Let us find ways to work together to reduce or to immediately end the violence, as we continue negotiations to end the war. The killing of the Afghans must stop," the envoy added.

According to a press statement from the US Department of State, Khalilzad will travel to Afghanistan, Belgium, Germany, Pakistan, Qatar, and the United Arab Emirates from May 31 to June 16, 2019.

The statement read, "He will work to build international support for the Afghan peace process and endeavour to ensure that any peace settlement reached will be sustainable."