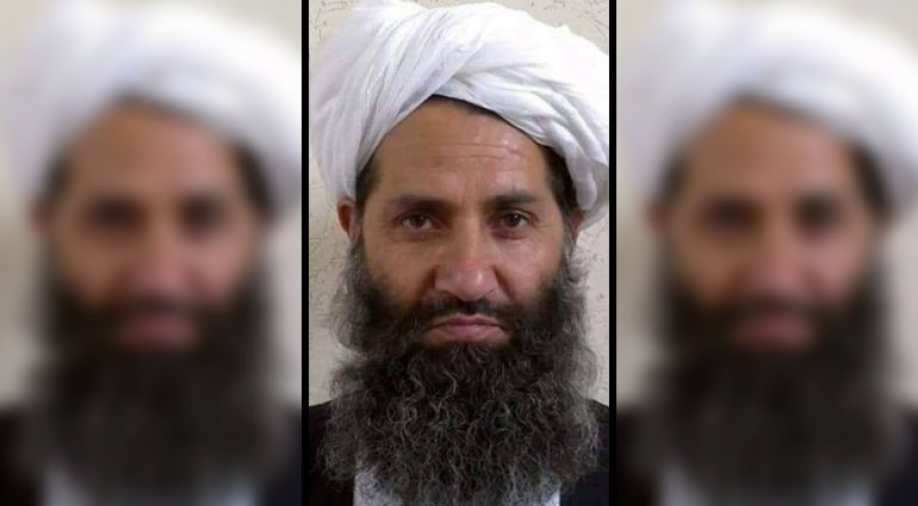 Taliban leader Mullah Haibatullah Akhundzada is seen in an undated photograph, posted on a Taliban twitter feed on May 25, 2016. Photograph:( Reuters )

The head of the Afghan Taliban pledged on Saturday to continue fighting until the movement's objectives were reached and indicated it was still not ready to open talks with the Western-backed government in Kabul.

The head of the Afghan Taliban pledged on Saturday to continue fighting until the movement's objectives were reached and indicated it was still not ready to open talks with the Western-backed government in Kabul.

In his annual message ahead of next week's Eid al-Fitr holiday, Mullah Haibatullah Akhundzada sought to reassure Afghans that the Taliban wanted an end to decades of conflict and a government that represented all Afghans.

But he offered little sign of agreeing to a ceasefire or of opening direct negotiations with the Kabul government, which the Taliban regard as an illegitimate foreign-imposed regime.

He also gave no sign the Taliban would repeat last year's truce over the three-day Eid holiday that ends the Muslim holy month of Ramadan, which led to unprecedented scenes of Taliban fighters and government soldiers mingling and even embracing in the streets of Kabul.

"No one should expect us to pour cold water on the heated battlefronts of Jihad or forget our 40-year sacrifices before reaching our objectives," he said in the message, adding that the Taliban aimed for "an end to the occupation and establishment of an Islamic system".

Taliban representatives have been talking with US diplomats for months about withdrawing more than 20,000 US and NATO coalition troops in exchange for guarantees that Afghanistan will not be used as a base for militant attacks.

They have also met senior Afghan politicians and civil society representatives, most recently in Moscow this week, as part of a so-called intra-Afghan dialogue to discuss the country's future.

But they have shown no sign of agreeing to demands for a ceasefire and formal negotiations with President Ashraf Ghani's government, which Mullah Haibatullah accused of trying to sabotage dialogue between the Islamic Emirate and Afghan political figures.

"The Islamic Emirate shall pay no heed to such futile efforts and diplomatic obstructions being created for the intra-Afghan dialogue," he said.

Afghan officials have been deeply suspicious of the talks, which they see as a means of reinforcing the Taliban and powerful regional politicians while sidelining the legitimate government.

The Eid message offered assurances that the Taliban did not seek a monopoly over power and would respect all the rights of male and female Afghans and develop education, commerce, employment and welfare.

But it did not tackle one of the key concerns in Kabul - whether the Taliban would accept the current constitutional framework of the Islamic Republic of Afghanistan or insist on an Islamic Emirate, the name given to their own system.

"The Islamic Emirate seeks the establishment of a sovereign, Islamic and inclusive government acceptable to all Afghans in our beloved homeland," the message said.