US had constructive discussions with Pak on Afghanistan issue: Sullivan 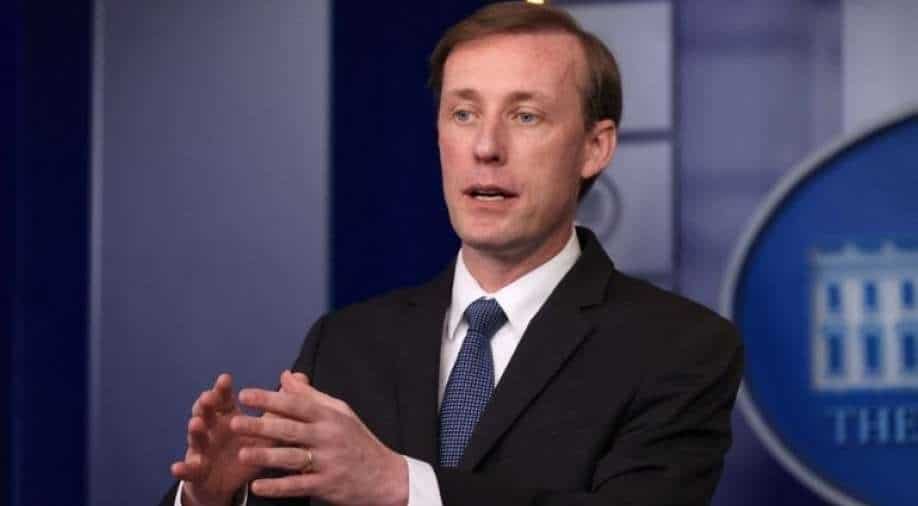 National Security Advisor Jake Sullivan talks to reporters during the daily news conference in the Brady Press Briefing Room at the White House on Monday in Washington, DC. Photograph:( AFP )

The US has had constructive discussions in the military intelligence and diplomatic channels with Pakistan on terrorism emanating from Afghanistan and the Afghan peace process, the White House has said.

US National Security Advisor Jake Sullivan also said that the peace process would be an important issued in the upcoming NATO meeting next week.

"We have only had constructive discussions in the military intelligence and diplomatic channels with Pakistan about the future of America's capabilities to ensure that Afghanistan never again becomes a base from which Al Qaida or ISIS or any other terrorist group can attack the United States," he told a White House news conference.

Sullivan was responding to a question on talks with Pakistan on the Afghan peace process, which would be an important topic of discussion at the NATO summit. However, he refrained from giving specifics of the discussions with Pakistan.

President Joe Biden departs on his maiden official overseas trip to Europe on Wednesday during which he will attend the G-7 summit, the NATO meetings, and finally the US-Russia Summit.

"In terms of the specifics of what that will look that will have to remain in those private channels as we work through them. What I will say that we are talking to a wide range of countries about how we build effective over the horizon capability both from an intelligence and from a defence perspective to be able to suppress the terrorism threat in Afghanistan on a going forward basis," Sullivan said.