US envoy embarks on tour to facilitate peace process in Afghanistan 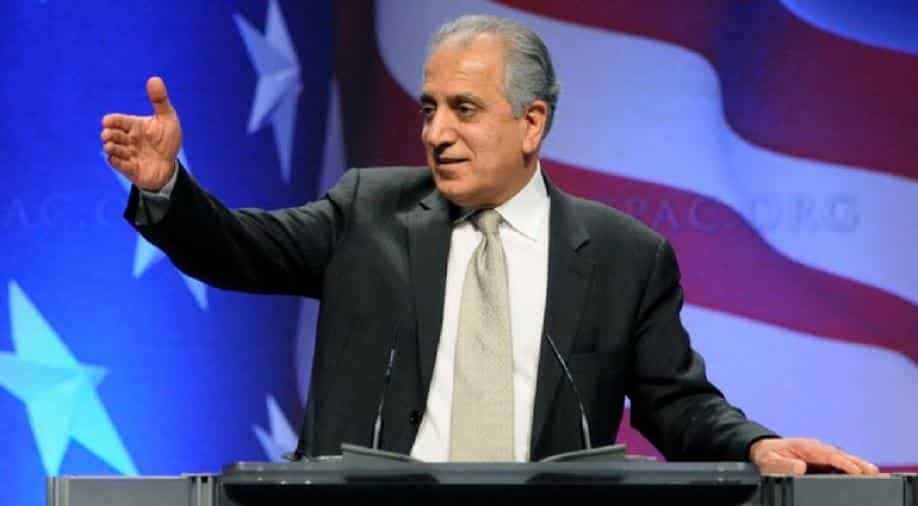 Khalilzad will meet with Afghan government officials and other interested parties to support and facilitate an inclusive peace process in the country, empowering the Afghan people to decide their nation's fate.

United States Special Representative for Afghanistan Reconciliation Ambassador Zalmay Khalilzad will primarily focus on accelerating the peace process in Afghanistan by trying to bring the Taliban to a point of negotiation as he departs for an eight-nation tour from December 2 (local time) to 20.

Khalilzad will meet with Afghan government officials and other interested parties to support and facilitate an inclusive peace process in the country, empowering the Afghan people to decide their nation's fate.

He will be in contact with President Ashraf Ghani, Chief Executive Abdullah Abdullah and other Afghan stakeholders to coordinate closely on efforts to bring the Taliban to the negotiating table with the Afghan government.

On his last trip to the region in November, Khalilzad met with men and women active in the civil society and peace efforts, members of the media, and other governmental and non-governmental officials.

He stressed that all Afghans must have a say in the creation of sustainable peace for Afghanistan.

The US envoy will also travel to Pakistan, Russia, Uzbekistan, Turkmenistan, Belgium, the United Arab Emirates (UAE) and Qatar with an inter-agency delegation.

"The United States remains committed to supporting the Afghan people's desire for peace, and to facilitating a political settlement between the Afghan government and the Taliban that ensures Afghanistan never serves as a platform for international terrorism again," a statement from the State Department read.

For the past several years, Washington has been trying to persuade the Taliban to come to the negotiating table and formulate a peace process to end the 17-year-old conflict in Afghanistan.

However, the group asserted that the presence of foreign troops in the war-torn nation was a hindrance to achieving long-lasting peace.