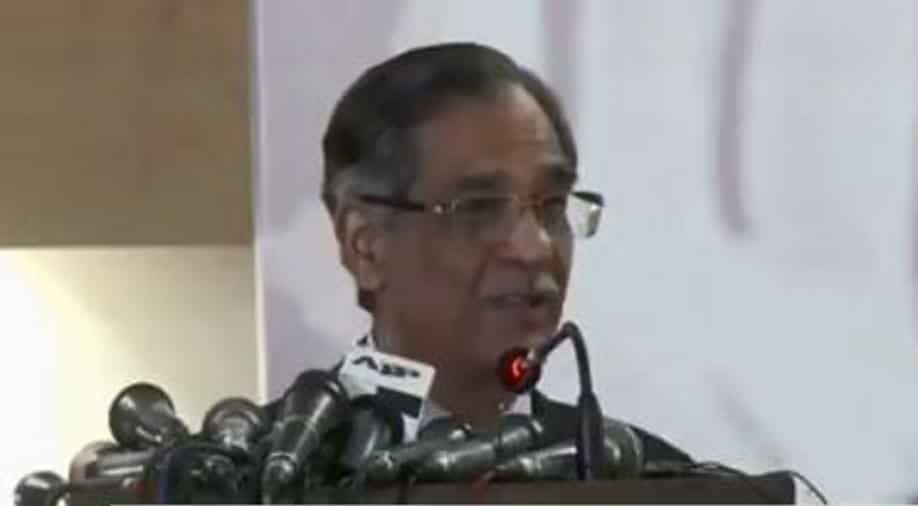 Pakistan’s Chief Justice Saqib Nisar has come under fire after he compared the length of a speech to that of a woman’s skirt.

"Speech should be like a woman's skirt, it should not be too long that one loses the interest and neither too short that it doesn't cover the subject," this is the top judge of Pakistan, Saqib Nisar. #footinmouth pic.twitter.com/SWzq2uHaQj

Nisar said that a "speech should be like a woman's skirt, not too long that one loses interest and neither too short that it doesn't cover the subject."

Nisar was quoting Winston Churchill during an event in Karachi.

However, the video of Nisar making this analogy soon went viral and received criticism on social platforms.

Why am I not surprised that this is a statement from our chief justiceSaqib Nisar,“A good speech should be like a woman’s skirt long enough to cover the subject and short enough to create interest.”
This is dehumanizing.When will we stop objectifying women?#TimesUp #SaqibNisar

WDF strongly condemns the use of sexist language by Chief Justice Saqib Nisar in a recent event in Karachi. It’s utterly shameful for a Chief Justice to be using such language and referring to women and their clothing in such a manner.

Honourable #ChiefJustice of Pakistan Miyan Saqib Nisar , sir we are so proud of you. ???????? pic.twitter.com/eZF3498NwQ

Woman's rights activist in the country has shown outrage on the issue and highlighted the sexism woman face everywhere including the legal system.

A Karachi-based rights group, Woman Action Forum (WAF) has sent a letter to Nisar demanding an apology an said that the statement shows a deep-rooted sexism and double standards women are held.