United States pledges over $300 million in aid for Afghanistan 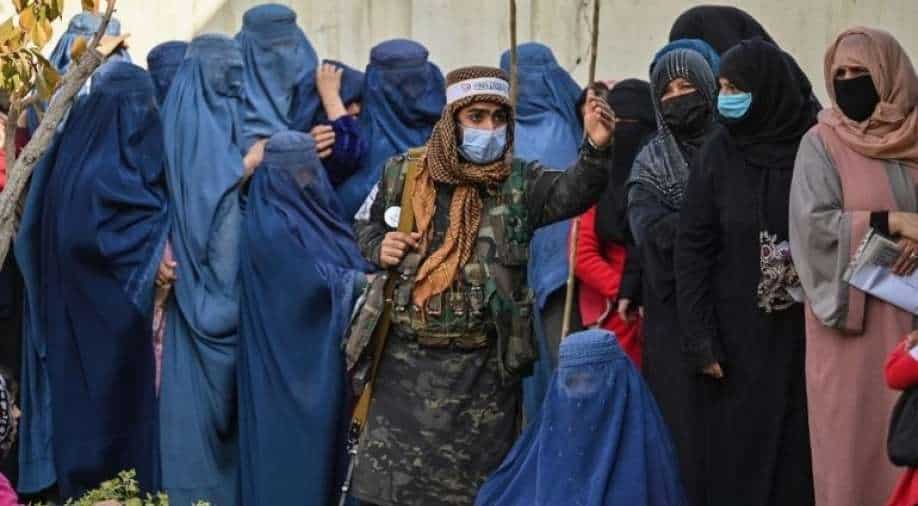 In this file photo, a Taliban fighter (C) stands guard as women wait in a queue during a World Food Programme cash distribution in Kabul Photograph:( AFP )

The United States on Tuesday promised more than $308 million in an initial aid package for Afghanistan this year.

The United States Agency for International Development (USAID) said in a statement that it will provide for food and nutrition for vulnerable people, health care facilities, winterisation programmes and logistics support.

It comes after an appeal by the United Nations for funds to avert a humanitarian catastrophe and offer the ravaged country a future after 40 years of suffering.

"Help us scale up and stave off wide-spread hunger, disease, malnutrition and ultimately death."

The United Nations says nearly 23 million people, about 55% of the population, are facing extreme levels of hunger, with nearly 9 million at risk of famine as winter takes hold.

Afghanistan's economic crisis accelerated after the Taliban seized power in August, as the former Western-backed government collapsed and the last US troops withdrew.

"The banks are not working properly so there is also a need to control the inflation and that can be controlled when dollars ... hard currency come to Afghanistan," senior Taliban leader and the group's designated UN representative, Suhail Shaheen said.

Washington has frozen billions of dollars of the country's assets, while aid supplies have been heavily disrupted.

Last month, the United States formally exempted US and UN officials doing permitted business with the Taliban from US sanctions to try to maintain the flow of aid to Afghanistan as it sinks deeper into a humanitarian crisis.