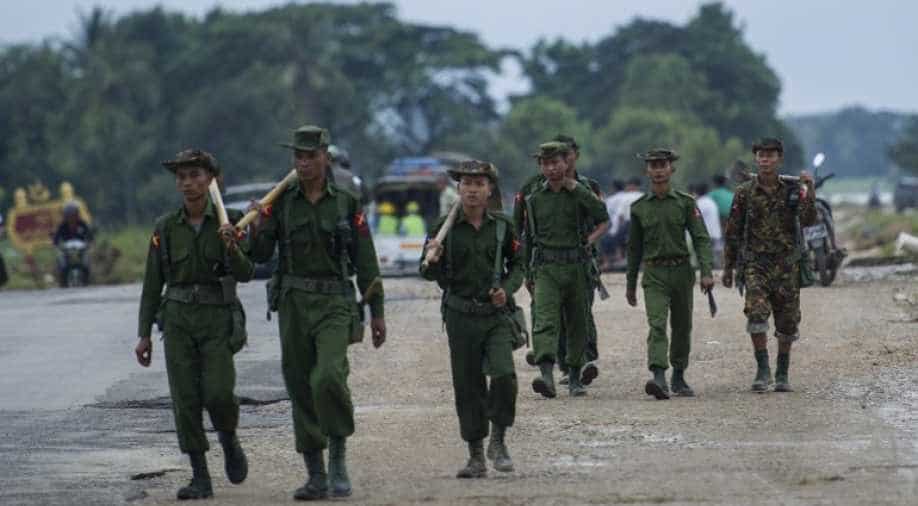 A 2017 military crackdown drove more than 730,000 Rohingya Muslims to flee to Bangladesh.

A 2017 military crackdown drove more than 730,000 Rohingya Muslims to flee to Bangladesh. UN investigators have said that Myanmar's operation included mass killings, gang rapes and widespread arson and was executed with "genocidal intent".

The Yangon government denies committing those atrocities and says its military campaign across northern Rakhine was in response to attacks by Rohingya militants.

Government troops are currently fighting ethnic rebels in conflict-torn Rakhine and Chin states. The Arakan Army is an insurgent group that is fighting for greater autonomy for the two states.

Yanghee Lee, the UN independent expert on human rights in Myanmar, said last week the army may be committing gross human rights violations under cover of a mobile phone blackout in Rakhine and Chan.

Lee cited reports of civilians, mostly ethnic Rakhine men, being detained and interrogated by the Tatmadaw (army) for suspected links to the Arakan Army and said several had died in custody. In April, a military helicopter opened fire on Rohingya men and boys collecting bamboo, she said.

Myanmar's Ambassador Kyaw Moe Tun said that the government had declared a ceasefire through August and was trying to bring about national reconciliation.

Tun said ''freedom of expression and media'' were among some of the most visible changes in Myanmar.