Tillerson in Myanmar to press Suu Kyi and army on Rohingya 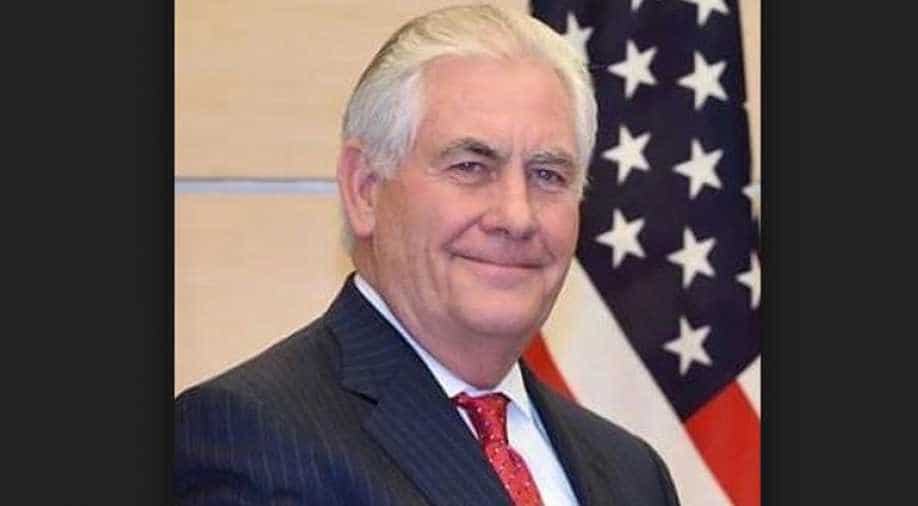 Secretary of State Rex Tillerson's one-day stop in the capital Naypyidaw comes as global outrage builds over an army clampdown that has driven more than 600,000 Rohingya out of the mainly Buddhist country since late August. Photograph:( Others )

Secretary of State Rex Tillerson's one-day stop in the capital Naypyidaw comes as global outrage builds over an army clampdown that has driven more than 600,000 Rohingya out of the mainly Buddhist country since late August.

While Myanmar's military insists it has only targeted Rohingya rebels, refugees massing in grim Bangladeshi camps have described chilling and consistent accounts of widespread murder, rape and arson at the hands of security forces.

The UN has said the army campaign likely amounts to ethnic cleansing of a minority that has faced years of systematic oppression.

Tillerson's first stop in Myanmar was a closed-door meeting with army commander-in-chief Min Aung Hlaing, who he spoke with in one of the capital's massive, marble-floored halls.

Ahead of the face-to-face, a senior US State Department official said Tillerson would urge the general to rein in violence, make it safe for Rohingya to return and allow a "credible investigation" into abuses.

The official did not comment on whether the diplomat would raise the threat of military sanctions - which US lawmakers have pushed for back home.

"We think Burma (Myanmar) has made a lot of progress in the past few years and we would not want to see that progress reversed because of an inadequate response to a crisis like this," the official said.

Tillerson will later meet and hold a joint press conference with Suu Kyi, the head of Myanmar's civilian government.

While she lacks control over the army, the Nobel laureate has become a punching bag for rights groups disappointed by her failure to condemn the crackdown, publicly criticise the military or defend Rohingya against rising Islamaphobia.

Washington says Suu Kyi has a crucial role to play in tackling the crisis but has been careful to focus blame on the army, who Tillerson has previously said he holds "accountable" for violence.

The US was a major ally in the democratic transition that eventually led to Suu Kyi taking office in 2016 in a power-sharing arrangement with the army, ending five decades of brutal junta rule.

Under a junta-drafted constitution the military still controls key security ministries, including border and defence, and retains a de facto veto on any constitutional change.

Suu Kyi's defenders say she must tread lightly to avoid provoking an army that could roll back democratic gains at any time.

As anger over the plight of Rohingya mounts abroad, Myanmar's army has dug-in with its denial of abuses- while also curbing access to the conflict zone.

Ahead of Tillerson's arrival, the commander-in-chief published an internal probe that exonerated soldiers of all allegations, saying there was no evidence troops had killed civilians, raped women or used "excessive force" in Rakhine.

Rights groups blasted the report as an attempt to "whitewash" atrocities by a military with a long history of abuses, especially against ethnic minorities in border regions.