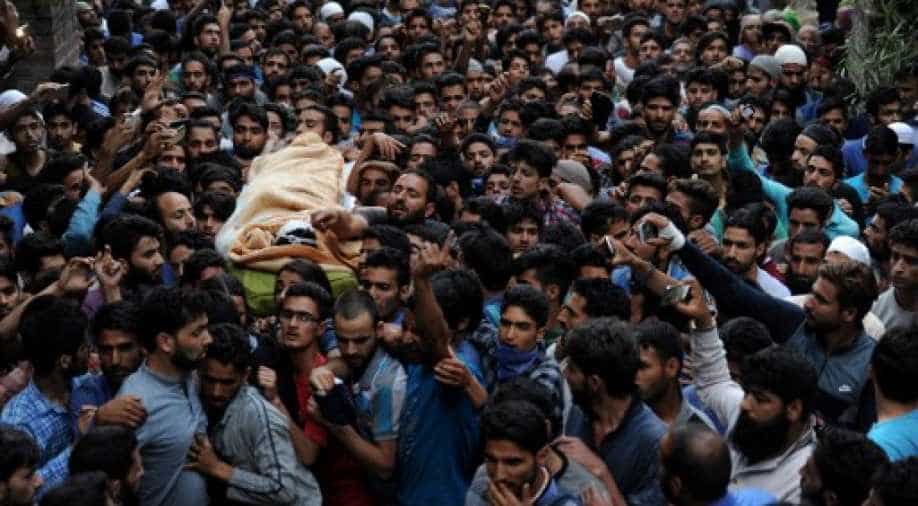 Major Sandeep Kumar, Captain Manik Sharma and Naik Arvind Singh Chauhan were conferred with the Sena Medal for killing militants hiding in a village near Anantnag in Kashmir.

The three soldiers, belonging to the Rashtriya Rifles in South Kashmir, had to battle not just the militants but also an angry mass of villagers, who in their quest to shield the rebels resorted to throwing stones at the Indian army.

The three rebels who were killed on July 8 were later identified as Sartaj Aziz, Pervaiz Ahmad Lashkari and Hizbul Mujahideen commander Burhan Wani, whose death convulsed Kashmir for months after that.

Wani's death had triggered statewide protests, which degenerated into clashes with Indian security personnel. His death had become a clarion call for Kashmiris who are in favour of splitting from India.