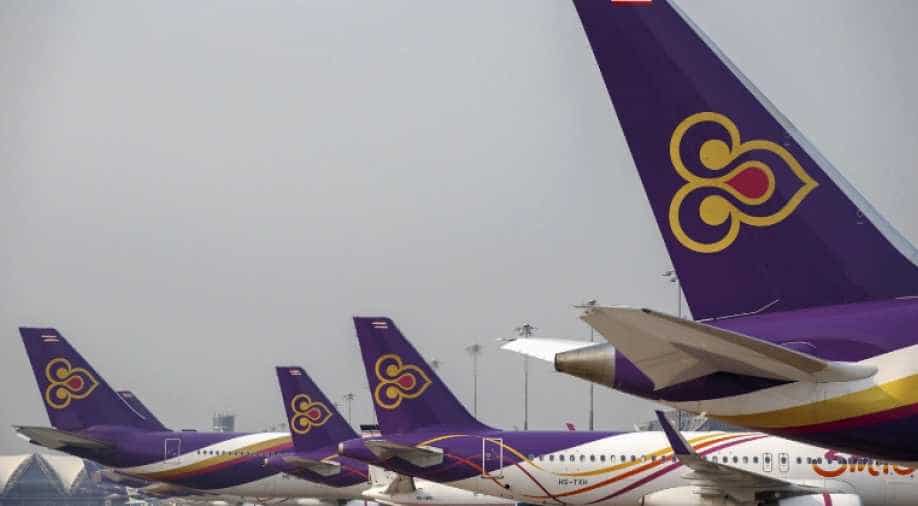 Flights to and from London, Munich, Paris, Brussels, Milan, Vienna, Stockholm, Zurich, Copenhagen, Oslo, Frankfurt, and Rome had been scheduled to fly over Pakistani airspace on Thursday, Thai Airways said in a statement.

Thousands of travellers were left scrambling on Thursday when Thai Airways International cancelled more than a dozen flights to and from Europe after Pakistan closed its airspace amid rising tensions with India.

Flights to and from London, Munich, Paris, Brussels, Milan, Vienna, Stockholm, Zurich, Copenhagen, Oslo, Frankfurt, and Rome had been scheduled to fly over Pakistani airspace on Thursday, Thai Airways said in a statement.

"Last night there were about 5,000 passengers who came to check-in but unable to fly, mostly Thai Airways," Colonel Umnart Chomshai, superintendent of tourism police at Suvarnabhumi Airport, told Reuters.

Another airport official said a help centre had been set up for stranded travellers.

Thai Airways said later on Thursday it would resume flights after gaining permission from China to use its airspace for nearly a dozen flights to Europe set to leave on Thursday afternoon and Friday morning.

However, it said all flights to and from Pakistan were cancelled. The airline operates one flight a day to Karachi and Lahore and four flights per week to Islamabad.

Thailand is among the world's most popular tourist destinations, receiving more than 38 million visitors last year.

Pakistan closed its airspace after India and Pakistan both claimed to have shot down the other's fighter jets on Wednesday, with Pakistan capturing an Indian pilot a day after Indian warplanes struck inside Pakistan for the first time since a 1971 war.

World powers have urged restraint between the two nuclear-armed South Asian neighbours, who have fought three wars over the disputed Himalayan region of Kashmir.

Many airlines route flights over Pakistan, so the closure of its airspace caused major disruptions on Wednesday.

Several airlines, including Emirates and Qatar Airways, suspended flights to Pakistan and others, such as Singapore Airlines and British Airways, were forced to reroute flights.

On Thursday, Singapore Airlines said all of its Europe-bound flights would now continue as planned, without the need for refuelling stops, and they would reroute to avoid the affected airspace as necessary.

Malaysia Airlines said on its website it was not currently flying over the affected airspace and was avoiding Pakistan and northern Indian airspace for flights to and from Europe until further notice.

Tensions have been running high since at least 40 Indian paramilitary police were killed in a Feb. 14 suicide car bombing claimed by Pakistan-based militants in Indian-controlled Kashmir.