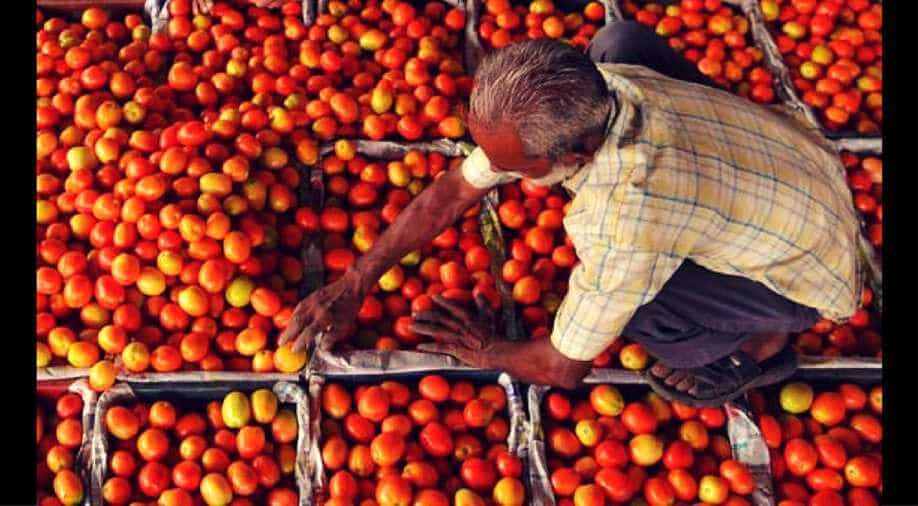 Once again farmers have been killed in police firing while taking part in a protest. This time in Madhya Pradesh’s Mandsaur district. It has trigerred the usual flurry of articles and emergency policy measures. The most prominent policy response has been the promise by several state governments to offer debt relief by waiving outstanding farm loans. In recent weeks Maharashtra, Punjab, and Karnataka have announced waivers with Adityanath announcing them earlier in Uttar Pradesh soon after his victory in the assembly polls. Other states may follow suit, because farm distress is a nation-wide phenomenon.

Much has been written as usual on what will happen to the states’ fiscal deficit, in particular if the centre refuses to contribute, as Finance Minister Arun Jaitley has indicated. Commentators have also weighed in on how repeated waivers punish those who repay in addition to reducing incentives for repayment of future loans and how past loan waivers have not worked to stem the farm crisis. Indeed we have been here many time before. Farm loans have been waived in times of drought, famine, or other rural distress since the colonial period. It is a legitimate short-run solution not only in agriculture but in any sector, provided, and this is key, it is a solution to an unforeseen problem, a sudden external shock, and is part of an overall strategy to prevent crises in the future.

Instead what we see is a refusal to deal with the long-run structural problems and the use of loan waivers as a cynical political measure in place of a vision. This makes the public discourse on agriculture to be about inefficient farmers who need to be bailed out with public money rather than about negligent or even malign government policy.

While debt relief is to be welcomed as a short-term measure, it should be borne in mind that it only works partially. If only cooperative bank loans are waived and not nationalised banks, that leaves some people out. Further, governments have no control over private loans, in particular loans issued by informal moneylenders, which have made a strong comeback in the rural economy. It also only works to the extent that the relief actually goes to those who need it most. And there is many a slip between the cup and the lip, ranging from definitinal issues on who qualifies for relief and who doesn’t, whether banks actually stop collection efforts, official corruption and so on. Only promises have been made thus far.

The crisis, as manifested in years of below average growth, unremunerative land holdings, and ultimately in the horrendous phenomenon of farm suicides, is very well-documented. Its principal causes are also well-known and have been known for years.

Ultimately as veteran rural journalist P. Sainath said in a recent interview on the subject, the loan waiver is only a symptom of a crisis, it is not the crisis itself.

The crisis, as manifested in years of below average growth, unremunerative land holdings, and ultimately in the horrendous phenomenon of farm suicides, is very well-documented. Its principal causes are also well-known and have been known for years. Ever decreasing size of holdings, predictably rising costs of production, unpredictable output prices, and a woeful lack of public investment.

In the early 1990s investment in agriculture was around 3.8 per cent of GDP. Since then it has steadily fallen. The 2005-06 budget document lamented that it had fallen from 2.2 per cent in the late 1990s to 1.7 per cent in 2004-05 and that this was “a matter of concern.” Increased public investment was one of the key recommendations of the Swaminathan Commission also. While the share in GDP has gone up from its 2005 low, it is still well below the level reached in the early 1990s.

Given the extensive Swaminathan Commission report as well as many other studies, our problem is not lack of knowledge on what needs to be done to revive the rural economy. The really important issue is, how do we view agriculture and the rural economy in general? What place does it occupy in our imaginations? Is it a source of cheap labour, food, and raw materials for the urban economy? Do villages exist for the sake of the city? Or do they have their own autonomous existence and future? And if we believe the latter, do we act like we believe it?

I fear we don’t act like we believe it. Take one example. RBI data shows that agricultural wage growth has slowed down dramatically over the past few years, in real terms from a high of 15-16 per cent to a low of 0-1 per cent from 2013 to 2016.  The NSS Situation Assessment of Farmers survey (2012) showed that for households with 2.5 acres of land or less (which is 75 per cent of all households), 20 per cent report wages as their primary income source. This number goes up to 35 per cent for households owning an acre or less.

Now, take into account the fact that wages would constitute an important secondary income source even for those whose primary income comes from selling their own product. So, we are talking about half the rural population or more for whom wages matter as a source of income, not just as a cost of production. So, such a sharp decline in wage growth for millions of workers should be a matter of intense policy concern. Instead this collapse has mostly been interpreted in terms of its (positive) impact on inflation. So complete is the macroeconomic obession with inflation that a collapse of rural wage growth is considered to be a good thing.

Generally economists believe that wage growth should be commensurate with productivity growth. In other words, it is only when wages rise faster than productivity that inflationary concerns become salient. Now, output of foodgrains, setting aside fluctuations due to weather, has grown at around 3 per cent per year on average for the past decade or more. The growth of output is faster in case of cotton (around 10 per cent).

The State of Agriculture report (2015) attributes most of this increase to increases in productivity (as opposed to additional acreage or workers). Looking at these figures one is tempted to say that agricultural wage growth observed in the pre-2015 period was indeed a problem. Perhaps due to an unusually tight rural labour market due to increased opportunities in urban areas and MGNREGA, wages grew much faster than productivity. This is a fair point within conventional economic thinking.

For an income of around INR 7000 a month to become equal even to what the lowest paid government servant gets today, it would have to more than double. Even at the rate of 10 per cent growth a year, incomes double only every seven years.

But enough about growth, let us now bring in the level element. Recall that rural wages, like wages in many urban informal activities, are very low. For an income of around INR 7000 a month to become equal even to what the lowest paid government servant gets today, it would have to more than double. Even at the rate of 10 per cent growth a year, incomes double only every seven years. Thus, one of the Swaminathan Commission recommendations that the net take home income of farmers should be comparable to those of government servants, would require sustained growth of wages for several years at very high rates. For there to be changes in the quality of life in the villages in keeping with aspirations, wages may have to grow must faster than productivity. Employers will of course want to pass on these higher wages to buyers in the form of higher farm gate prices.

But the structure of agricultural markets is such that producers have almost no price setting power. They are forced to buy expensive inputs (input subsidies intended for farmers often do not reach them) and sell their output for very low prices, often less than the cost of production. This is because markets are competitive, the product is perishable and transaction costs (of transportation, storage, etc.) are high. So selling at the price being offered at the local mandi is the only option for the farmer.

Hence, the persistent and just demand for fair prices; a demand that has seen immense mobilisation by farmers across the country for years. The small and marginal farmers (which is the majority of farmers) are caught in a double bind. As wage-earners their wage growth has collapsed. As employers, when wages are growing strongly, they do not get a high enough price to recover the costs of production.

Here, we run into the crux of the problem. In our urban-centred imagination, it is not conceivable that the producers of food and raw materials will decide the price at which they want to sell their output. Because they exist for us. On the other hand, we will gladly allow large companies to sell us meals, clothes, and shoes at prices they set.