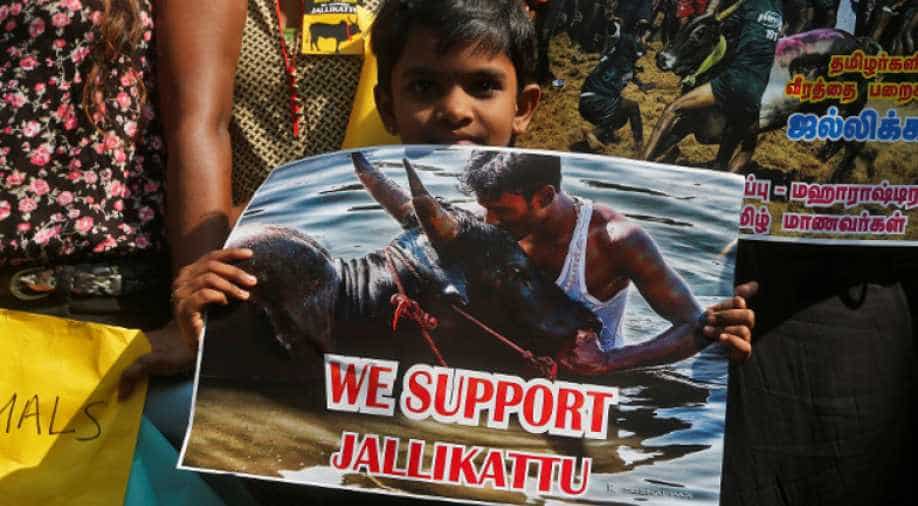 Supreme Court has allowed Jallikkatu to go ahead in Tamil Nadu Photograph:( WION )

India's highest court, the Supreme Court of India, has refused to stay the Tamil Nadu government amendment permitting Jallikattu and told the state government that it was its primary responsibility to maintain law and order.

The apex court said there would be no stay on the law which allows the popular bull-taming sport in Tamil Nadu.

The court also allowed Jallikkatu to go ahead in Tamil Nadu tomorrow.

The Animal Welfare Board of India (AWBI) had on Monday filed an affidavit in the Supreme Court seeking that the Tamil Nadu government's law on bull-taming sport Jallikattu be made invalid. Anjali Sharma, the lawyer for AWBI, told the apex court that she had filed her reply to the charges levelled by G.S. Mani, an intervener in the case. The government has dubbed the plea filed by AWBI and the amendment a "fraud" on the Constitution.

The apex court had earlier on November 16 last year rejected the Tamil Nadu government's plea seeking review of the 2014 judgement, which banned the use of bulls for Jallikattu events in the state.

The Tamil Nadu assembly on January 23 unanimously passed the Jallikattu Bill revoking the ban on the bull-taming sport after statewide protests.