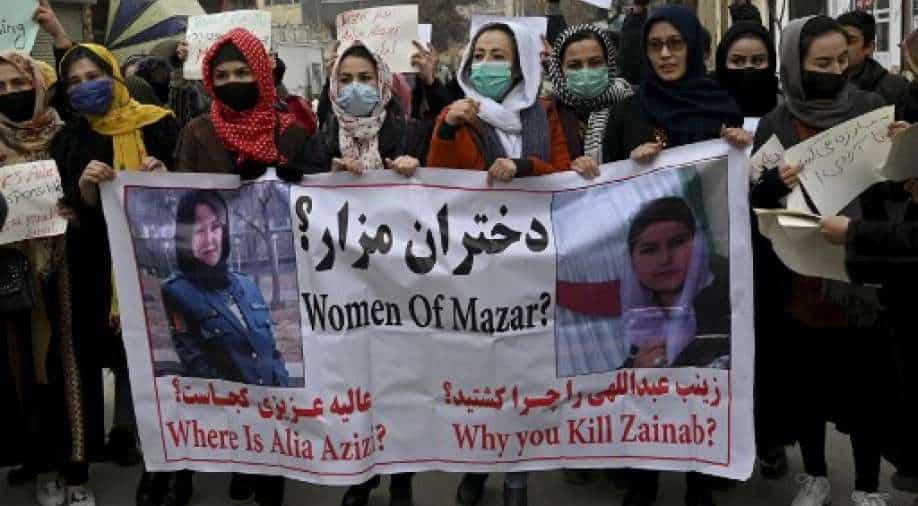 Earlier this week, two women activists noted that two of their comrades were seized from their homes after they took part in a few demonstrations

Taliban authorities have warned that they have all the rights to crackdown on dissent and jailed protestors. This comes in as concerns grow over the disappearance of two women activists in Afghanistan.

Earlier this week, two women activists noted that two of their comrades were seized from their homes after they took part in a few demonstrations. According to reports by AFP, Tamana Zaryabi Paryani and Parwana Ibrahimkhel were abducted from their homes in Kabul.

The United Nations Assistance Mission in Afghanistan called on the Taliban to "provide information" on the whereabouts of both the woman activists.

Ever since the Taliban took over Afghanistan, the situation has not been so good, especially for women.

Demonstrations held by women have become a common phenomenon in the country. The Taliban has previously tried to prevent journalists from covering the march, organised against the "mysterious murders of young people, particularly the country's former soldiers", according to social media invitations.

They also detained a group of reporters and confiscated equipment from some photographers, deleting images from their cameras before returning them.

The Taliban say they have changed and are working on getting more girls back to school after allowing high schools for girls in some provinces to open. But many women and rights advocates remain sceptical.