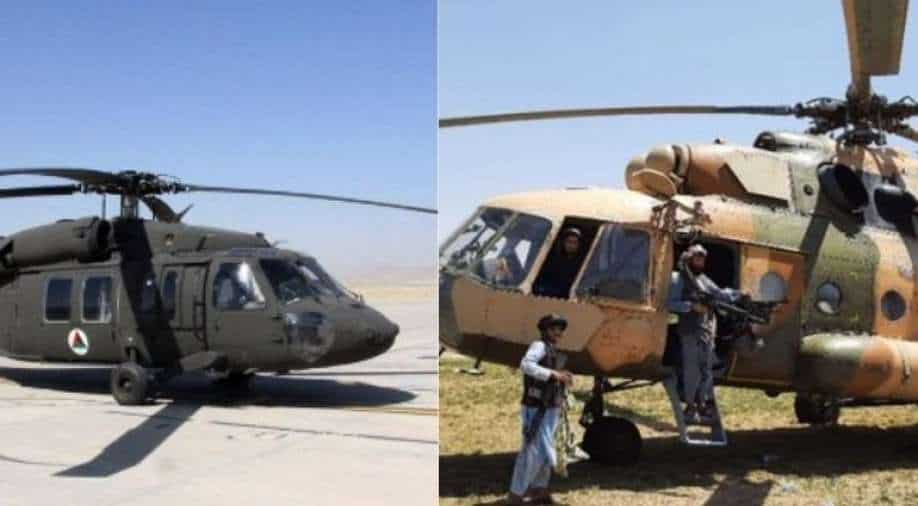 According to reports, the Taliban has captured Apache helicopters, M4 and M18 assault rifles, M24 sniper weapons as the US troops left Afghanistan and the militant group abruptly overran the country in the past week

As videos emerged of Taliban fighters carrying US-made M4 and M18 assault rifles and M24 sniper weapons, the US conceded it does not have the "complete picture" while adding that "a fair amount of it has fallen into the hands of the Taliban".

"Obviously, we don't have a sense that they are going to readily hand it over to us," Jake Sullivan, White House National Security Advisor said.

Taliban fighters were seen reportedly climbing on American Black Hawk helicopters as the Afghan troops were pushed back from major areas in Afghanistan.

There were also reports of the Taliban taking control of US Humvees which were used extensively by the American troops during the Afghanistan operations.

That my friends, is the Taliban flying a US MH-60 stealth helicopter.

We supplied the ANA special aviation and spec forces units with our top of the line gear (not second hand gear we pass to most allies), then left it all behind. pic.twitter.com/Cm30kn9rVc

Republican national chair Ronna McDaniel hit out against the Biden administration over Taliban seizing US equipment saying: "Thanks to Biden's botched withdrawal, the Taliban is better equipped today than they ever have been."

2 Mi-17's captured by #Taliban from #Shindand Air Base in #Herat Province pic.twitter.com/BPS3tYVTk4

According to official data, the US had supplied the Afghan army with over 7,000 machine guns, 4,700 Humvees and 20,000 grenades in recent years. It is still unclear how much equipment was seized by the Taliban.

Taliban forces captured four Mi-8/17 helicopters today, two of which in operational condition while the other two were undergoing maintenance at the time of capture. pic.twitter.com/rhn4qdeRCk

Disclaimer: WION cannot independently verify the authenticity of the videos