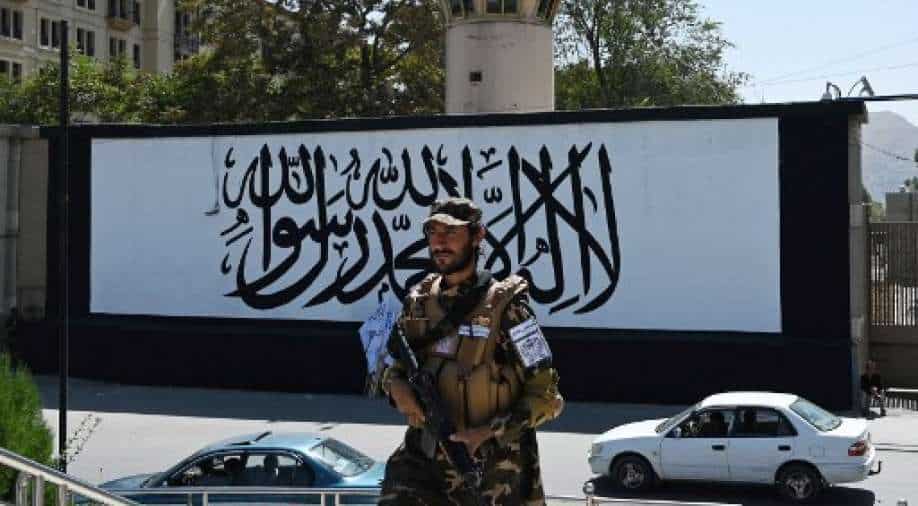 A member of the Taliban Fateh, a "special forces" unit, stands guard outside the US embassy in Afghanistan Photograph:( AFP )

Afghanistan's new acting PM Mohammad Hasan Akhund called on former officials who have fled the country to return saying that the group will guarantee their safety.

The new Taliban government in Afghanistan began work on Wednesday with the interim government drawn exclusively from the loyalist ranks.

Taliban faces a monumental task ahead of them with a crippled economy, drought and security challenges including from the local ISIS-K.

As they begin their transition to a "governing role", the group is already facing opposition to their rule amid protests from Afghans. There were demonstrations led by women in cities across the country.

In an effort to curb protests, the interior ministry has already issued its first order saying that prior permission was needed to hold any demonstration. It also warned journalists from covering such demonstrations adding that the group would not tolerate any resistance against its rule.

Meanwhile, Afghanistan's new acting prime minister Mohammad Hasan Akhund has called on former officials who fled the country to return saying that the group will guarantee their safety.

Akhund told Al Jazeera channel that the government wanted to establish positive relations with countries in the region and beyond and would guarantee the security of diplomats, embassies and NGOs.

The new prime minister struck a conciliatory tone saying that the Taliban wanted only good for the Afghan people and they seek to establish an Islamic system.

The new head of the government also reiterated the group's promise of amnesty for anyone who worked alongside the US and backed the 2001 invasion saying that no one will be subject to revenge.

“No one will be able to prove that he was subjected to revenge and in such tense circumstances, it is easy to do what you want but the movement is disciplined and controls its gunmen and we have not harmed anyone because of his previous actions,” Mullah Mohammad Hassan Akhund said.

The makeup of the Taliban's interim government has already met with criticism with Afghan's noting the complete lack of women and poor ethnic representation with no inclusive government.