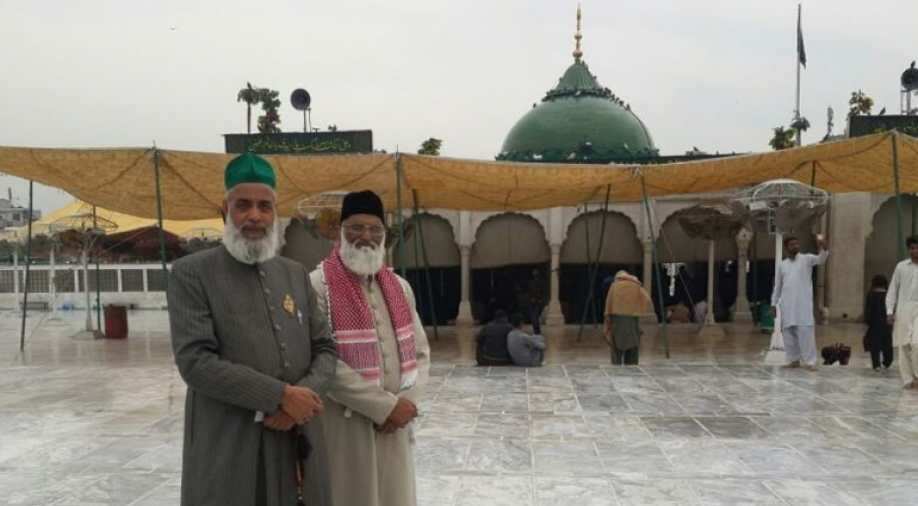 The two clerics had travelled to Pakistan on March 8. Photograph:( ANI )

The Indian government has taken up the matter with Pakistani authorities after two Indan clerics went missing in Pakistan.

Indian foreign minister Sushma Swaraj tweeted Friday morning that she has "requested them (the Pakistani government) for an update on both the Indian nationals".

Both are missing after they landed at Karachi airport. /3

We have taken up this matter with Government of Pakistan and requested them for an update on both the Indian nationals in Pakistan./4

Syed Asif's son said the two clerics had gone to Pakistan on a pilgrimage to the famous Daata Darbar Sufi shrine in Lahore.

From there, he said, the two clerics were to fly to Karachi yesterday.

He added that Syed Asif was allowed to board the flight but Nazim Ali was stopped at Lahore airport because he had incomplete travel papers.

The family's last contact with Syed Asif was at Karachi airport,

Syed Asif's son said, but that both Syed Asif's and Nazim Ali's phones have been switched off since.

Couldn't contact our relatives, appeal to govt to find out where my father is: Aamir Nizami, son of Asif Nizami who has gone missing in Pak pic.twitter.com/KfGjkr7yvX