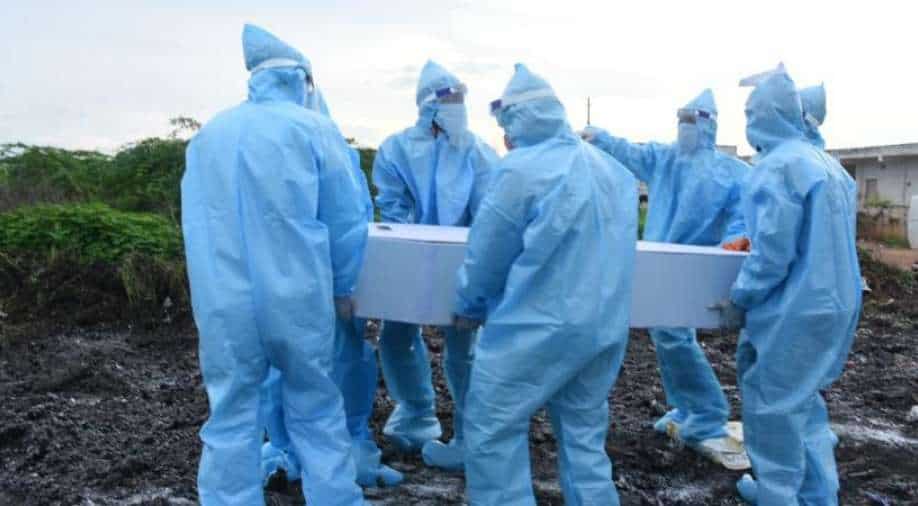 Many coronavirus victims have been denied dignity in death. In Sri Lanka, they are also being discriminated in death.

Colombo has forced Muslims to cremate their loved ones lost to the virus. Sri Lanka says cremation stops the further spread of the disease. However, the United Nations has called Sri Lanka's enforced cremations a human rights violation.

Sri Lanka has been accused of human rights violation and the UN has asked the South Asian country to stop forced cremations.

In March 2020, Sri Lanka made cremations compulsory for coronavirus victims. It said burning the dead stopped the spread of the virus.

What Sri Lanka actually wanted to block was the rights of its Muslim minorities, and history is the proof of it. Muslims make up for 10 per cent of Sri Lanka's population. They have been targeted, marginalised and discriminated against since the 2019 Easter attacks.

When the pandemic struck, Sri Lanka's Buddhist monks blamed Muslims for the spread of the virus and said burying coronavirus victims would contaminate the groundwater.

Science says burial poses no risk of contagion. The World Health Organization says "people who have died from COVID-19 can be buried or cremated according to local standards and family preferences."

Sri Lanka ignored science and pandered to Islamophobia instead.

In December 2020, at least 19 Muslims were cremated and among them was a baby.

Muslims usually bury the dead and view cremation as a desecration of the deceased. By enforcing cremation, Sri Lanka's president Gotabaya Rajapaksa deepened the already existing divide in the country.

The UN said, "such hostility against the minorities exacerbates existing prejudices, intercommunal tensions, and religious intolerance, sowing fear and distrust while inciting further hatred and violence."

Sri Lanka has, now, been asked to put an end to forced cremations.