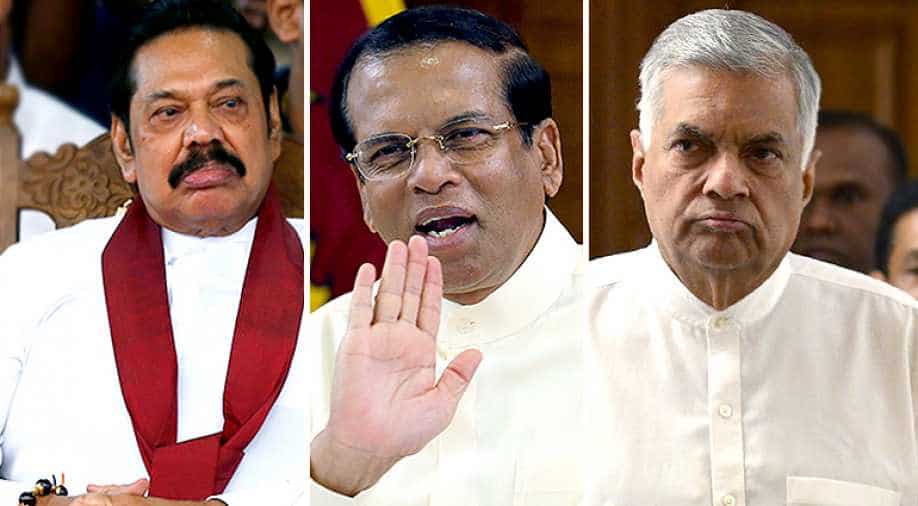 Sri Lanka plunged into crisis on October after Sirisena replaced Wickremesinghe with former president Mahinda Rajapaksa without the backing of parliament, leading to protests and downgrades of Sri Lanka’s debt.

Sri Lanka plunged into crisis on October after Sirisena replaced Wickremesinghe with former president Mahinda Rajapaksa without the backing of parliament, leading to protests and downgrades of Sri Lanka’s debt.

The chain of political events in the island nation has been billed to give shape to arguably the biggest political crisis in the country after the civil war that ended almost a decade ago.

Rajapaksa was previously unsuccessful in mustering a majority to instate his cabinet. President Sirisena prorogated and later dissolved the Parliament, calling for snap polls in January next year. The Sri Lankan Parliament moved two no-confidence motions against Rajapaksa which were rejected by President Sirisena.

A court, earlier this month, suspended Rajapaksa's powers as Prime Minister, ruling that his cabinet would not be functional until its legitimacy is established.

President Sirisena had dismissed the possibility of reinstating Wickremesinghe citing sharp political dissent. Ousted PM Ranil Wickremesinghe, on December 12, emphatically proved his majority in Parliament with as many as 117 of 225 Sri Lankan parliamentarians voting to pass a motion of confidence in his leadership.

The high-voltage political drama in the island nation subsided as the embattled Lankan Prime Minister Mahinda Rajapaksa resigned on December 15, only a month and a half after taking office.

Amid fears of a government shutdown, Rajapaksa put in his papers and said in a statement that a change of government that "the people expected" has now been put off.

The development came after Sri Lanka’s Supreme Court, on December 13, pronounced a crucial verdict calling the sacking of the country's parliament by President Sirisena as illegal.

The seven-judge bench unanimously decided that Sirisena violated the country's Constitution when he dissolved parliament and called for snap polls nearly two years ahead of the schedule.

Ranil Wickremesinghe was sworn into office for the fifth time on December 16 in a remarkable comeback. Shortly after assuming office, he held discussions with President Sirisena about forming a cabinet and restoring stability in the nations.

With Wickremesinghe’s reinstatement the Lankan political crisis, that began in late October, seems to come to an end and is being seen as an embarrassment for president Sirisena who appointed a 30-member cabinet on December 20.

Mangala Samaraweera was reappointed as finance minister as parliament considers a temporary budget aimed at avoiding a government shutdown from January 1. Sri Lankan Parliament will now get ready for a vote on account for a temporary budget that is required by January 1, preparations for the same will begin as soon as the new finance minister and the treasury secretary assume office, news agency Reuters reported.