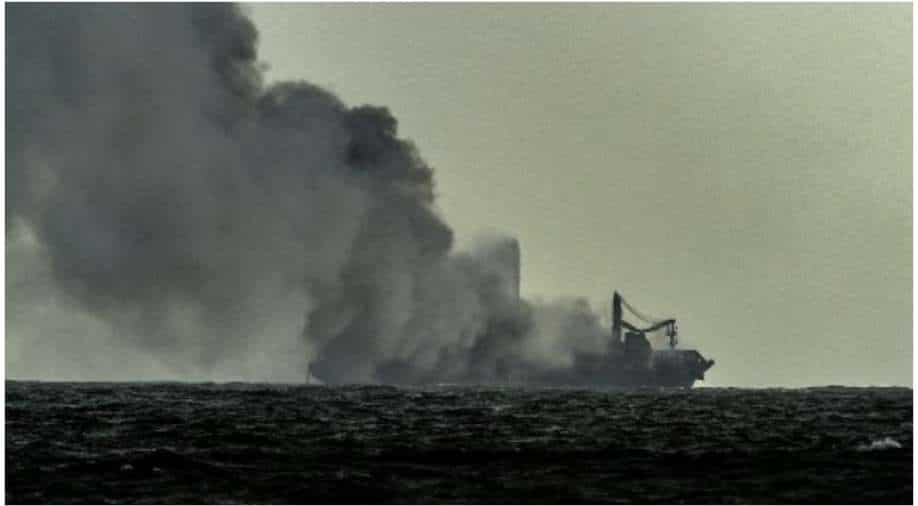 Ports and shipping minister Rohitha Abeygunawardena said an interim claim had been lodged with X-Press Feeders, which controls the Singapore-registered MV X-Press Pearl

Sri Lanka is seeking USD 40 million in damages from operator of the ship that caused massive pollution after it caught fire off the country's west coast, officials said on Saturday.

Ports and shipping minister Rohitha Abeygunawardena said an interim claim had been lodged with X-Press Feeders, which controls the Singapore-registered MV X-Press Pearl.

The vessel has been submerged off Colombo since June 2. Prior to that, it burnt for almost two weeks. The ship released tonnes of plastic material that swamped beaches on Sri Lanka's west coast.

Sri Lankan environmentalists have called it the "worst marine disaster" in the country's history.
"In addition to this (claim), we will also seek reimbursement of the cost of putting out the fire," Abeygunawardena said, adding that the full damage to the environment was still being assessed.

Sri Lanka has sought help from Australia in studying the impact on the local marine economy, which has been hit by a fishing ban imposed since the disaster.

Fisheries minister Kanchana Wijesekera said the ban along an 80-kilometre (50 miles) stretch of coastline was lifted on Saturday except for in the immediate vicinity of the wreckage.

"About 20,000 families of fishermen were affected by the ban," Wijesekera said. "Many of the beaches have been cleared of plastic waste from the ship."

According to officials, about 1200 tonnes of plastic pellets and other debris scooped from the beaches was being stored in 45 shipping containers.

On May 20 the X-Press Pearl reported an onboard acid leak and caught fire just as it was due to enter the Colombo harbour.

The fire was put out after 13 days, but the vessel's stern hit the bottom of the shallow sea when a tug attempted to move it to deeper waters.

"We will take another two weeks to remove all the piles of plastic waste we have collected. Only 1,200 tonnes has been stored and a similar amount is yet to be removed," an official involved in the clean-up said.

Sri Lanka is also investigating an oil slick just north of the Colombo port to see if it is a leak from the wreckage.