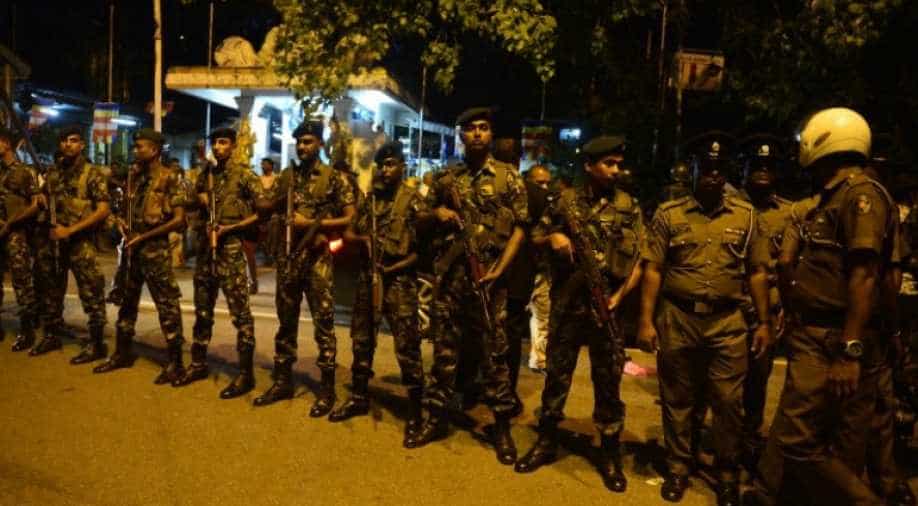 Staff Sergeant Sunil Ratnayake was to be hanged for the December 2000 massacre in a case held up by previous Sri Lankan governments as an example of rare accountability over abuses during the conflict.

Sri Lanka's president on Thursday pardoned and released an army officer sentenced to death for slitting the throats of Tamil civilians, including four children, during the island's bloody ethnic war.

Staff Sergeant Sunil Ratnayake was to be hanged for the December 2000 massacre in a case held up by previous Sri Lankan governments as an example of rare accountability over abuses during the conflict.

A court convicted him of murdering eight members of the Tamil minority, including a five-year-old and three teenagers after a 13-year trial.

They were killed as they returned to their bombed homes to salvage what was left of their belongings, and their bodies were found buried in a cesspit near an army camp at Mirusuvil on the Jaffna peninsula.

But President Gotabaya Rajapaksa had now "instructed the Ministry of Justice to release Sgt Ratnayake from prison", a spokeswoman for his office said.

Human Rights watchdog Amnesty International condemned the pardoning and said it was "reprehensible" to use the Coronavirus pandemic as an opportunity to release those convicted of heinous crimes.

"After many long years, the victims of the Mirusuvil massacre... finally got a semblance of justice in 2015. It is despicable to have that justice reversed through an arbitrary executive decision,” AI's regional director Biraj Patnaik said in a statement.

Rajapaksa, a retired army officer, came to power in November promising to free military personnel jailed for a string of offences during the previous administration.

He and his brother Mahinda, now serving as prime minister, are adored by the island's Sinhala majority for spearheading the defeat of separatist Tamil militants to end the country's 37-year Tamil separatist war in 2009.

The armed forces were internationally condemned for atrocities committed during the conflict, but Sri Lankan soldiers have seldom been tried in civilian courts.

Government troops are alleged to have killed at least 40,000 Tamil civilians in the final stages of the war -- an allegation the Rajapaksas have denied.

The Tamil National Alliance (TNA), Sri Lanka's main political party for the minority community, condemned what it said was an "opportunistic" decision to release Ratnayake.