‘Should have informed us’: Taliban condemn ‘arbitrary’ US drone strike, claim civilians killed 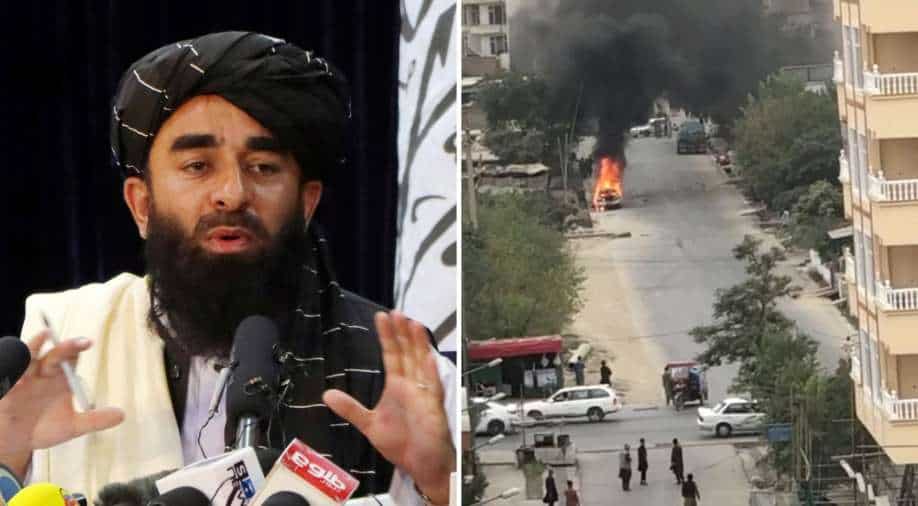 While speaking to China's state television CGTN on Monday, spokesman Zabihullah Mujahid claimed that seven people were killed in the drone attack, terming the US action on their soil as unlawful

A Taliban spokesperson has condemned the US for not informing them beforehand of the drone strike, claiming that the attack resulted in civilian casualties.

The US military had said that they carried out a “self-defensive” airstrike in Kabul against a suspected member of the Afghan branch of the Islamic State group in Nangarhar province who was driving an explosive-laden car intending to bomb Hamid Karzai International Airport.

While speaking to China's state television CGTN on Monday, spokesman Zabihullah Mujahid clarified that seven people were killed in the drone attack, terming the US action on their soil as unlawful.

“If there was any potential threat in Afghanistan, it should have been reported to us, not an arbitrary attack that has resulted in civilian casualties,” Reuters quoted Mujahid’s written response to the CGTN.

However, a report from CNN, citing eyewitnesses on the ground, states that nine members of a family, including six children, were killed in the US drone strike.

Earlier in the day, Pentagon officials said the suicide car bomber had been preparing to attack the airport in Kabul, where the US army was in the final stages of a withdrawal from Afghanistan.

The US Central Command said it was investigating reports of civilian casualties from the drone strike.

“We know that there were substantial and powerful subsequent explosions resulting from the destruction of the vehicle, indicating a large amount of explosive material inside that may have caused additional casualties," it said.