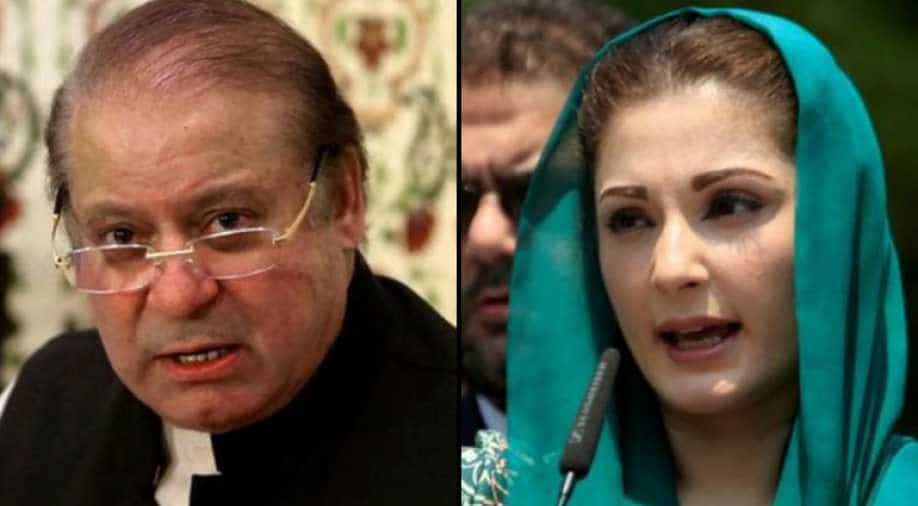 A jail spokesman, however, said jail doctors examined Sharif thoroughly and his health is fine. 'Nawaz Sharif is in good health,' he said.

Pakistan's jailed former premier Nawaz Sharif's health condition has deteriorated, his daughter claimed on Friday and alleged that authorities are not letting his cardiologists examine him in the jail here.

Maryam Nawaz on Friday said that Sharif, who has been serving a seven-year jail term in Lahore's Kot Lakhpat jail in the Al-Azizia Steel Mills graft case, is suffering from a pain in his arm, "which is most likely to be angina".

A jail spokesman, however, said jail doctors examined Sharif thoroughly and his health is fine. "Nawaz Sharif is in good health," he said.

Taking to Twitter, Maryam complained that Sharif's cardiologists "have been trying to get access to him all day but (the) permission (has) not (been) granted".

"He needs to be examined by the doctors who are privy to his complicated medical history," Maryam said.

Sharif, 69, had undergone an open-heart surgery about three years ago in London.

Maryam, who had visited her father in the jail on Thursday, said his father had a "complicate medical history" and he needed special health care.

PML-N president Shahbaz Sharif warned that if anything happened to his elder brother, Prime Minister Imran Khan and the Punjab government will be responsible.

He demanded the jail authorities to immediately allow Sharif's cardiologist to examine him and provide him with the best health facilities.

An anti-corruption court in Pakistan on December 24 sentenced the ousted premier to seven years in jail in the Al-Azizia Steel Mills graft case, concluding a series of three court cases against the Sharif family in the high-profile Panama Papers case.

The Al-Azizia Steel Mill case was about setting up steel mills in Saudi Arabia allegedly with corruption money.