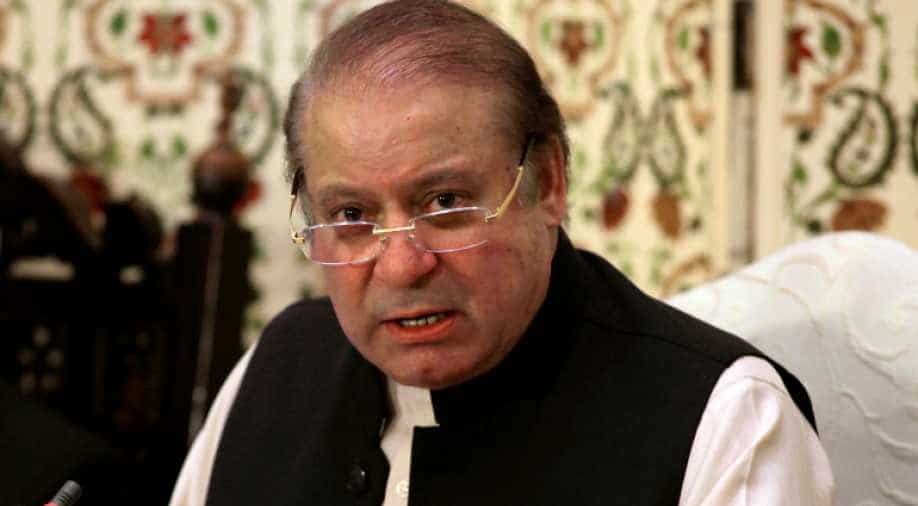 Sharif, 69, also filed an application seeking suspension of his sentence.

Pakistan's jailed ex-premier Nawaz Sharif on Tuesday filed an appeal against his conviction in the Al-Azizia Steel Mills case, a week after an accountability court sentenced him to seven years in jail in the graft case.

Sharif, 69, also filed an application seeking suspension of his sentence.

On December 24, 2018, Accountability Court II Judge Arshad Malik sentenced Sharif to seven years in prison along with a fine of Rs 1.5 billion and $25 million in the Al-Azizia corruption case, concluding a series of three court cases against the Sharif family in the high-profile Panama Papers scandal.

The three-time former premier is serving his term in Lahore's Kot Lakhpat Jail.

In the appeal filed through his lawyer Khawaja Harris in the Islamabad High Court on Tuesday, Sharif argued that he was convicted on the basis of presumptions and his sentence should be set aside.

He said the trial court verdict was based on misunderstandings as it failed to properly evaluate the objections by the defence.

He also sought suspension of sentence until decision on the appeal to set aside his conviction in the case.

Three cases - Avenfield properties case, Flagship investment case and Al-Azizia steel mills case - were launched against the Sharif family by the National Accountability Bureau (NAB) on September 8, 2017 following a judgment by the Supreme Court that disqualified Sharif in the Panama Papers case in July last year.

In July, 2018 Sharif, his daughter Maryam and his son-in-law Captain (retd) M Safdar were sentenced to 10 years, seven years and one year respectively in prison in the Avenfield properties case related to their purchase of four luxury flats in London through corrupt practices. However, the three were bailed out by the Islamabad High Court in September.

Sharif was acquitted in the Flagship case due to insufficient evidence.
His two sons - Hasan and Hussain - were accused in all the three graft cases.

Sharif has maintained that the cases against him were initiated on the basis of allegations levelled by his political rivals and the report of a joint investigation team in the Panama Papers case was biased.