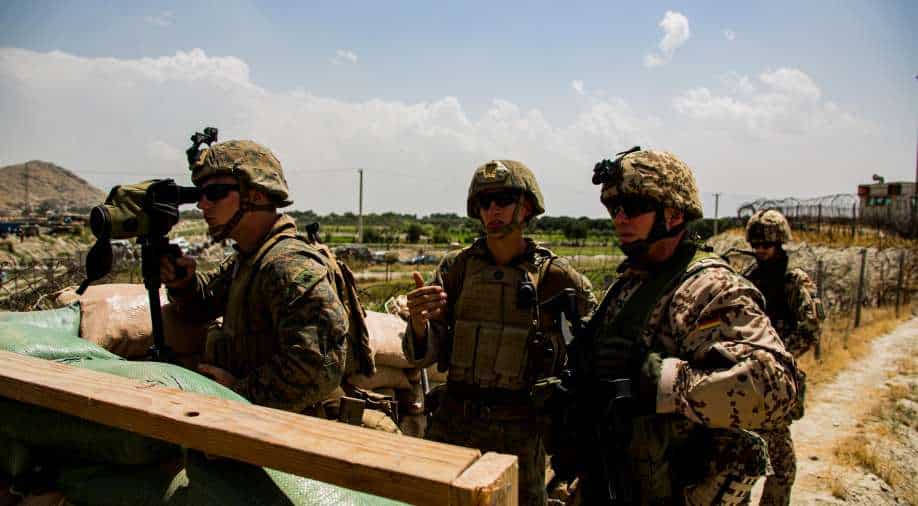 On Sunday evening the US military had carried out "unmanned over-the-horizon airstrike" in Kabul targeting an explosive-laden car.

After a US drone strike hit an explosive-laden car in Kabul, news wire AFP reported several rockets were heard flying over Kabul.

Psaki said: "The president was informed that operations continue uninterrupted at (Kabul airport) HKIA, and has reconfirmed his order that commanders redouble their efforts to prioritise doing whatever is necessary to protect our forces on the ground."

On Sunday evening the US military had carried out an "unmanned over-the-horizon airstrike" in Kabul targeting a car which it said was full of explosives.

The military said it had eliminated an imminent ISIS-K threat to Hamid Karzai International airport. The incident was confirmed by the Taliban.

President Biden had warned on Sunday that a new terrorist attack could take place within the next 24-36 hours even as US troops continued their final evacuation from Kabul.
(With inputs from Agencies)