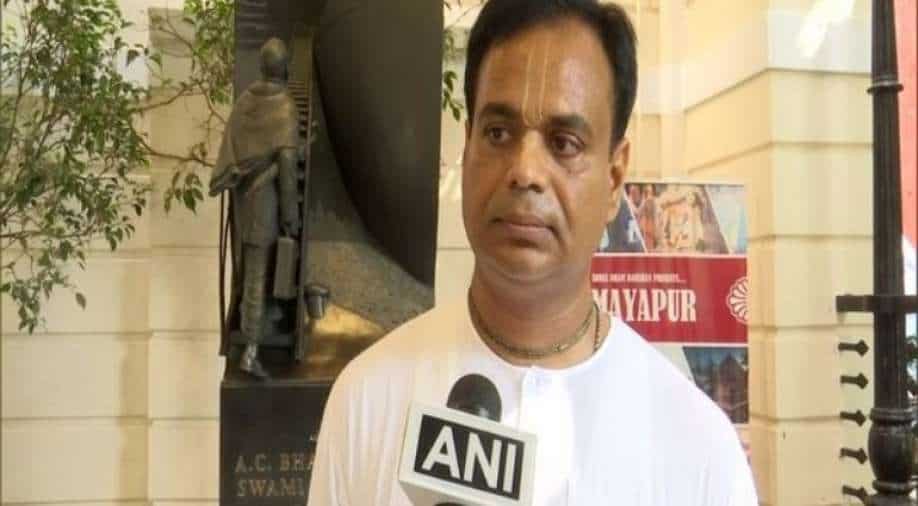 We've written a letter to United Nations and appealed them to condemn this and send a delegation to Bangladesh, said Radharamn Das

Vice-President of ISKCON, Kolkata, Radharaman Das on Saturday condemned the attack on the ISKCON temple in Bangladesh and urged Prime Minister Modi to hold talks with Bangladesh Prime Minister Sheikh Hasina to end the cycle of violence.

While speaking to ANI, Radharaman Das, said, "We called PM residence and requested his secretary to inform PM that he should speak with Bangladesh PM to end this cycle of violence. Yesterday, around 500 mobs entered our temple premises and broke deities, brutally injured devotees. Two of them died.

"We've written a letter to United Nations and appealed them to condemn this and send a delegation to Bangladesh," said Radharamn Das.

On Friday, a mob allegedly attacked an ISKCON temple in Bangladesh's Noakhali district and according to the community, one of its members was killed.

"It is with great grief that we share the news of an ISKCON member, Partha Das, who was brutally killed yesterday by a mob of over 200 people.

His body was found in a pond next to the temple. We call on the Govt of Bangladesh for immediate action in this regard," the official Twitter handle of the ISKCON community said.