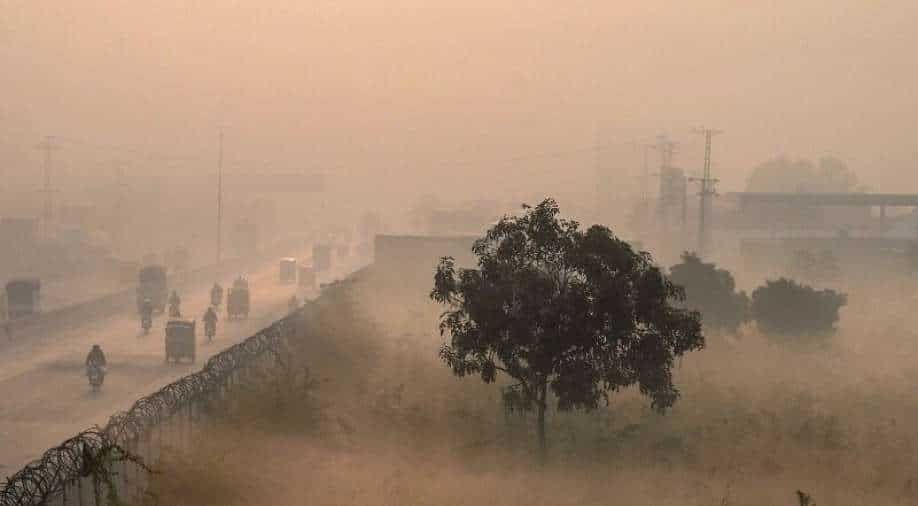 On Thursday, Lahore’s air quality index was at 328, much above the hazardous level of 300, according to IQAir

Schools and offices have been ordered to shut for three days a week as toxic smog chokes the people of Lahore.

The Punjab government announced the closure of private offices and educational institutions in the provincial capital on Mondays, in addition to the weekly holidays observed on Saturdays and Sundays from November 27 till January 15, 2022, according to the Dawn newspaper.

Last week, the Lahore High Court (LHC) had ordered the Punjab government to issue a notification directing private offices in Lahore to halve staff attendance in an effort to tackle smog.

The decision was taken as Lahore continuously topped the list of the world’s most polluted cities, along with India’s national capital territory, Delhi.

On Thursday, Lahore’s air quality index was at 328, much above the hazardous level of 300, according to IQAir.

Lahore was temporarily declared the most polluted city in the world by an air quality monitor, IQAir, earlier on Wednesday.

AQI values below 100 are considered satisfactory and anything above 100 is unhealthy.

Residents have been complaining of shortness of breath, stinging eyes and nausea as the second-most populous city gasped for fresh air.

Pakistan has witnessed the worst air pollution in recent years from Karachi to Lahore, as a mixture of low-grade diesel fumes, smoke from seasonal crop burn off, and colder winter temperatures coalesce into stagnant clouds of smog.

“We see Lahore engulfed by fog every winter due to the past rulers of the city, who had cut trees for erecting a jungle of concrete there which badly affected the green cover of Lahore and its surroundings,” he said on Saturday.