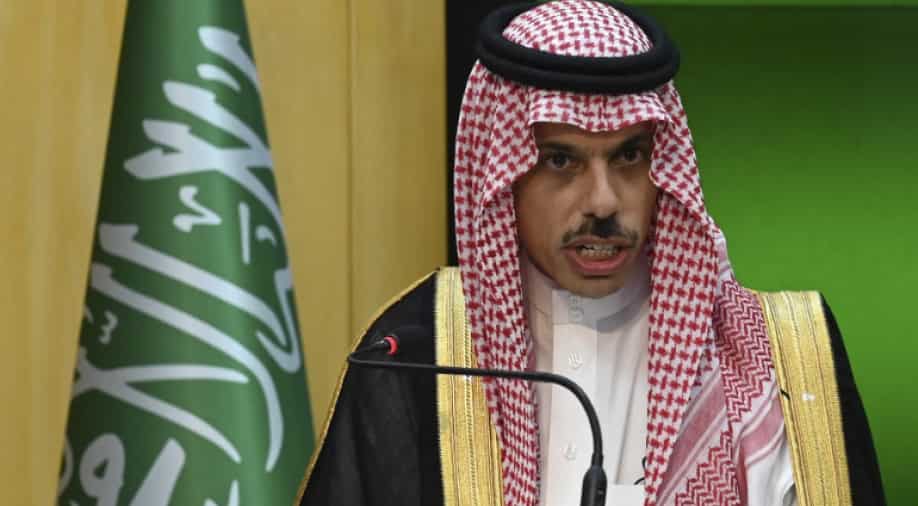 Reaffirming its support to Afghanistan, Saudi Arabia has pledged to provide aid and assistance during its 'difficult time'

Saudi Arabia's Foreign Minister Prince Faisal bin Farhan Al-Saud has expressed hope of ''stability'' in Afghanistan after the Taliban announced the formation of a new government.

Without commenting on the Taliban's approach to governance, he said that Saudi Arabia will support ''the choices that the Afghan people make regarding the future of their country, away from external interference.''

He added that the advent of a caretaker government will help Afghanistan is a “step in the right direction towards achieving security and stability, rejecting violence and extremism, building a bright future in line with these aspirations.”

Reaffirming its support to Afghanistan, the kingdom has pledged to provide aid and assistance during its ''difficult time.''

Saudi Arabia had also expressed condolences towards the Afghan people who died during the fatal twin blast at Kabul airport.

The country was among the three nations that accepted the legitimacy of the Taliban regime from 1996 to 2001 in Afghanistan. The other two countries were Pakistan and United Arab Emirates (UAE).

The Western countries have expressed their disapproval against the election of several wanted and hardlines in the Taliban cabinet.

The all-male interim government has raised doubts that it will receive recognition by the West.