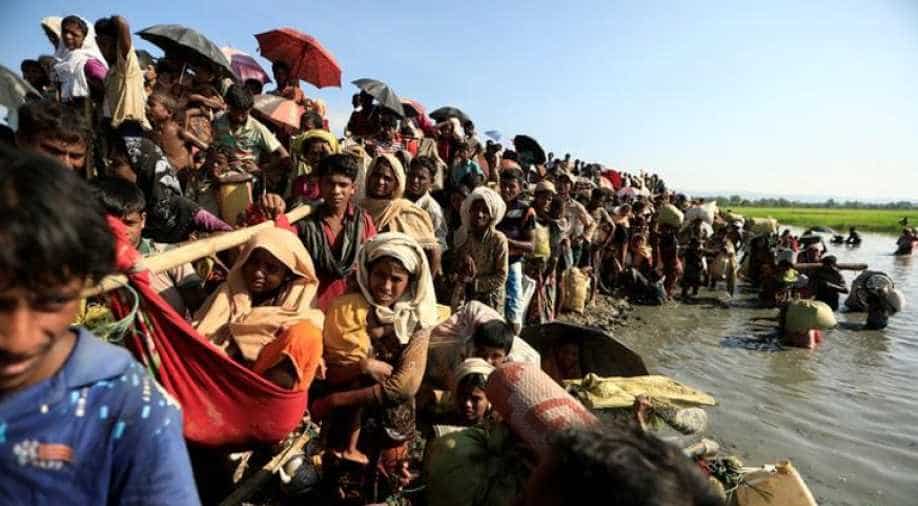 A boat carrying dozens of Rohingya refugees trying to reach Malaysia briefly stopped on a Thai island, an official said Sunday, as fears grow about overcrowded camps for the stateless minority fleeing violence in Myanmar.

Nearly 700,000 Rohingya Muslims have sought shelter in southern Bangladesh since Myanmar launched a brutal crackdown on insurgents in August that the US and UN have called ethnic cleansing.

The boat, carrying 56 refugees, stopped on Lanta island in southern Krabi province after a heavy storm on Saturday evening. It was the first Rohingya vessel spotted off Thailand in more than a year, local police said.

"We treated them with humanitarian consideration and allowed them to return to sea because they told us they were heading to Malaysia," Lanta police chief, Police Colonel M.L. Pattanajak Chakrabandhu told Reuters. Locals gave the refugees food and water, he said.

An agreement to repatriate Rohingya from Bangladesh to Myanmar’s Rakhine state has yet to see a single refugee returned.

Rohingya migrants attempting the boat routes south have been a rare sighting since Thai authorities clamped down on regional trafficking networks in 2015, leaving thousands of migrants abandoned in open waters or jungle camps.

Tens of thousands of Rohingya fled by sea following an outbreak of sectarian violence in Rakhine State in 2012, some falling prey to human traffickers.

That exodus peaked in 2015, when an estimated 25,000 people fled across the Andaman Sea for Thailand, Malaysia and Indonesia.

Images showed the passengers being interviewed on shore and then getting back into the boat before departing.

Krabi governor Kitibodee Pravitra confirmed that the people travelling on the boat were Rohingya but did not know where they had come from.

“The initial report said they were docking near Koh Lanta this morning to avoid the storm,” he said, referring to an island popular with tourists. “They want to go to Malaysia.”

The Rohingya on board would continue toward their destination, he said.

He said there were about 56 women, men and children on board.