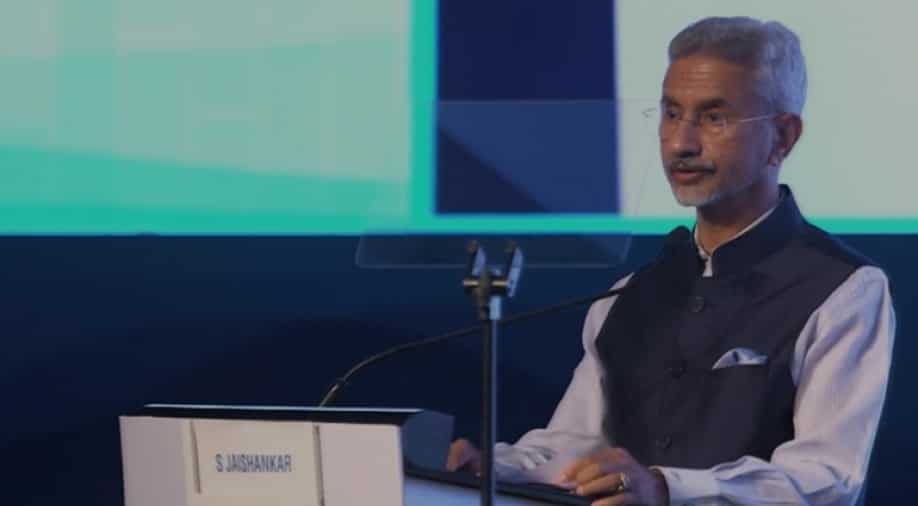 While highlighting major trends that are shaping the geopolitics in the Indian Ocean Regin, India’s external affairs minister S Jaishankar on Saturday talked about China’s rise and the changing American strategic posture to adjust itself in the multipolar world.

“We are meeting after a bit of a gap due to Covid. In that period, a number of developments have taken place that has a direct bearing on the well-being of the Indian Ocean Region,” he said.

“A starting point could be the trend lines that have influenced the evolution of the Indian Ocean in recent years. First and foremost is the changing American strategic posture. Since 2008 we’ve witnessed greater caution in US power projection and an effort to correct its overextension,” he added.

He pointed out that the US is moving towards greater realism and is adjusting to multipolarity and rebalancing and re-examining the balance between its domestic revival and commitments abroad.

“It may have taken different forms and been articulated in very different ways, but there’s a larger consistency over 3 administration that they themselves may not readily recognise. It is expressed in footprint and posture, terms of engagement, the extent of involvement and nature of initiatives,” Jaishankar said.

“This makes it a more active partner beyond orthodox constructs, given how strong its influence is on the Indian Ocean, this cannot but have implications. We must also bear in mind the uniqueness of the US polity and its ability to re-invent itself,” he added.

Talking about the emergence of China on the global stage, Jaishankar said, “Second major trend is the rise of China. Even otherwise, the emergence of power at the global level is extraordinary happening. That it’s a different kind of polity enhances a sense of change. The USSR may have borne some similarities, but never had centrality to the global economy that China has today.”

“Consequences of China's growing capabilities are particularly profound because of extrapolation of its domestic seamlessness to the world outside. As a result, whether it's connectivity, technology or trade, there's now an ongoing debate on the changing nature of power and influence,” he added.

Over two days, senior leaders from Indian Ocean littoral countries will cover the issues related to the region in the pre-conference workshops and plenary sessions, the India Foundation said.

There will be around 200 delegates and over 50 speakers from 30 countries. The inaugural address will be delivered by President of Sri Lanka Gotabaya Rajapaksa, the think-tank said.

The conference is being organised in collaboration with the RSIS Singapore, Institute of National Security Studies, Sri Lanka, and the Emirates Centre for Strategic Studies and Research, UAE, it added.