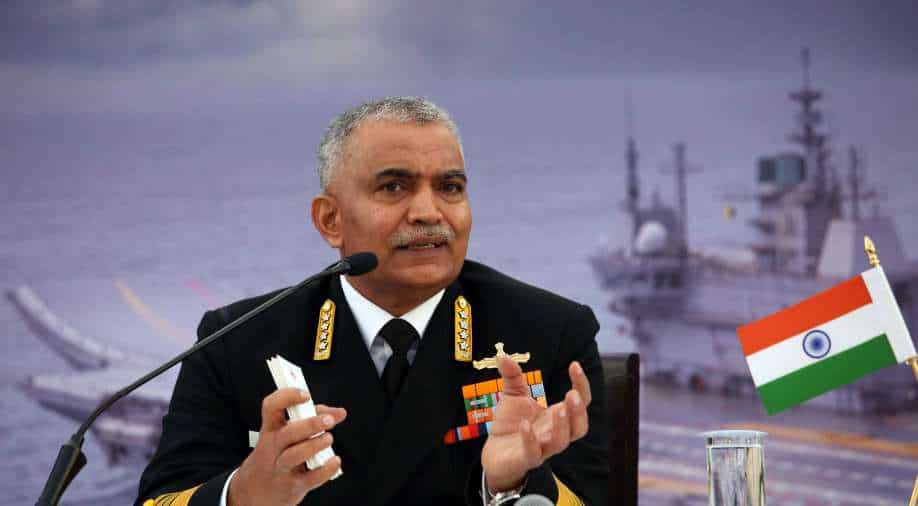 Newly-appointed Indian Navy Chief Admiral R Hari Kumar on Friday said that his forcing is closely monitoring the activities of China in the Indian Ocean Region (IOR) and added that it is ready to deal with any security threat.

Addressing a press conference on the eve of Navy Day, Kumar, said, “The Chinese navy has been present in Indian Ocean Region since 2008 and they have seven to eight warships here. There is constant surveillance by our aircraft and ships and their activities are kept under close watch,” he said.

Responding to questions on the threat from China in the maritime domain, Kumar said, “I want to assure you that the Indian Navy is a well-balanced force and is confident of defending India's maritime interests for sure.”

Referring to China's rapid expansion of its naval assets, the newly-appointed navy chief said, “We're aware of the development of the Chinese navy building 110 warships in last few years. Our plans will factor in all the activities and deployments in the IOR. I want to assure you that the Indian Navy is confident of defending India’s maritime interests.”

“The Chinese activities and deployments are kept under close watch. We have our plans,” he added.

Asked about the Navy's earlier plan of becoming a 170-ship force, he said a new scientific process to assess the requirement under a 10-year Integrated Capability Development Plan (ICDP) is underway following which decisions will be taken.

"It may be 230 (ships), it may be 300, the process is on. It is a scientific process. I cannot give you a number at this point. We will arrive at a decision following the completion of the process," he said.

Speaking about the Indo-Pacific, Kumar said it has got great importance for India.