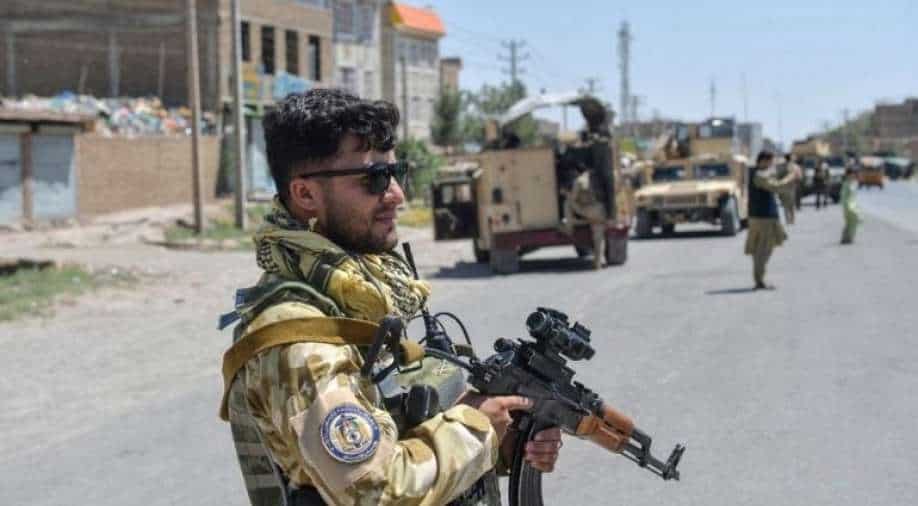 With the assassination attempt on Defence Minister Bismillah Mohammadi, the war has finally reached the capital of Afghanistan

Almost 200,000 people have been asked to evacuate as the army prepares its offensive against insurgents fighting to take control of a string of besieged cities across Afghanistan.

This comes a day after the country's defence minister escaped a botched assassination attempt.

For the first time in months, the war has reached the capital thanks to the attack on Defence Minister Bismillah Mohammadi.

The Taliban's threat came after the Afghan military launched a counterattack in the southern city of Lashkar Gah, where insurgents have infiltrated several parts of the city in numbers.

Saleh Mohammad, a resident, said hundreds of families fled, but many were caught in the crossfire.

Also read | Kabul attacks bear the 'hallmark' of Taliban: US

"There is no way to escape from the area because the fighting is ongoing. There is no guarantee that we will not be killed on the way," Mohammad told news agency AFP. "The government and the Taliban are destroying us."

Taking advantage of the security vacuum left by the withdrawal of US forces, the insurgents have taken over vast swathes of the countryside and key border towns.

With fierce fighting taking place for a week around Herat, near the western border with Iran, as well as around Lashkar Gah and Kandahar in the south, the Taliban are now targeting cities.

Human Rights Watch has accused the Taliban of "summarily" executing captured officers, policemen, and civilians suspected of having ties to the government in territories they have seized.

Additionally, the group said it had obtained a list of 44 people killed by the Taliban in Spin Boldak, a town on the border with Pakistan which insurgents captured last month.

"Taliban commanders with oversight over such atrocities are also responsible for war crimes," Patricia Gossman, associate Asia director at HRW, said in a statement.

Likewise, the United States and Britain have also accused the insurgents of committing atrocities they say may amount to "war crimes" in the town.

It would be a massive strategic and psychological blow for the Afghan government if Lashkar Gah were lost.