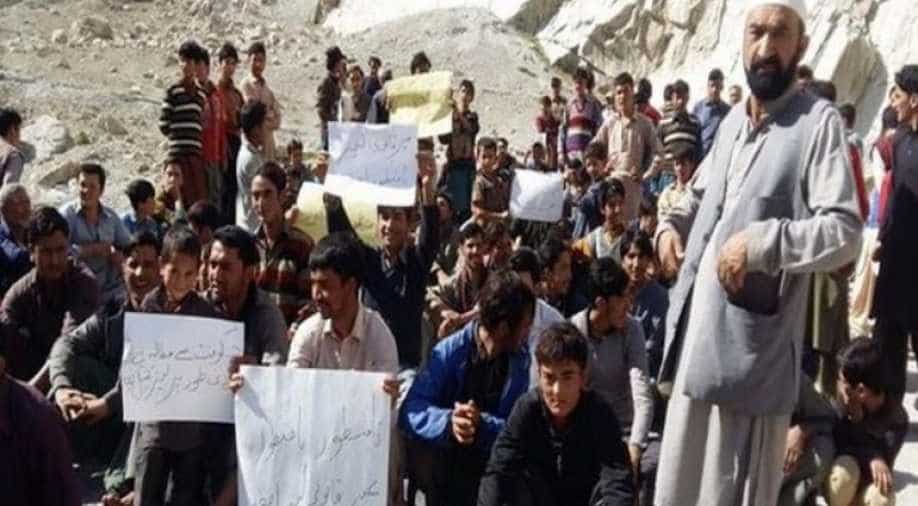 A mass protest took place in the Ghanche district of Pakistan occupied Kashmir (PoK) against the Islamabad`s decision of leasing the pasture land of Gilgit Baltistan to China for mining.

The protestors blocked the road and accused Pakistan of violating state Subject Rule.

Member of the Gilgit Baltistan Legislative Assembly (GBLA) Mirza Hussain has said that 300 mining leases were awarded to China without "his knowledge".

Through its China Pakistan Economic Corridor (CPEC) initiative, Beijing is using transit routes of Gilgit Baltistan to reach Pakistan, Iran, Afghanistan and the ports along the coastline of Arabian Sea.

However, the locals continue to resist China`s ambitions.

In 2008, for instance, a local person was killed when the residents of uranium-rich Gindai valley in Ghizer district clashed with Chinese miners.

Various human rights activists have raised their voices against the illegal occupation by China.

The CPEC project, which is a part of this initiative has been criticised by India since it passes through disputed Pakistan- occupied Kashmir (PoK) region.

On the other hand, China has said that it had respected all territorial laws and that the issue was an "internal matter" between New Delhi and Islamabad.