Pentagon: US talking to Pakistan about closing Taliban safe havens along Afghan border 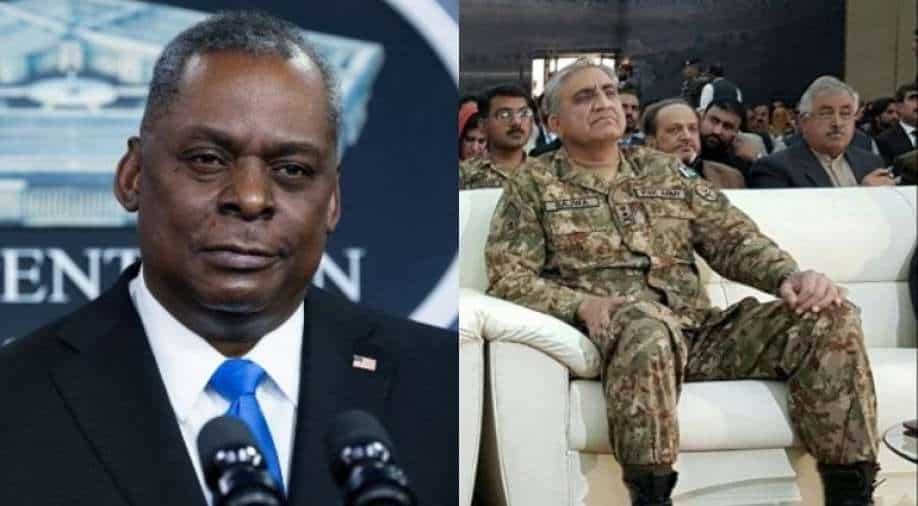 The US is having conversations with the Pakistani leadership about the need to shut down the safe havens for Taliban militants along the Afghan-Pakistan border that are providing a source of more insecurity and instability inside Afghanistan, the Pentagon has said, as Defence Secretary Lloyd Austin spoke over the phone with Pakistan Army chief Gen Qamar Javed Bajwa.

During the phone call, Austin expressed his interest in continuing to improve the US-Pakistan relationship and build upon their multiple shared interests in the region, Kirby said on Monday in a readout of the conversation.

Austin discussed the mutual goals of security and stability in the region, he said.

Responding to a question, Kirby said the US continues to have conversations with the Pakistani leadership about the safe havens that exist along that border between Afghanistan and Pakistan.

Also read | Opinion | Why US strategy in Afghanistan failed against Taliban-Pakistan nexus?

"We are mindful that those safe havens are only providing a source of more insecurity and more instability inside Afghanistan. We are not bashful about having that discussion with Pakistani leaders," he said.

"We are also mindful that Pakistan and the Pakistani people also fall victim to terrorist activities that emanate from that region. So, we all have a shared sense of the importance of closing down those safe havens and not allowing them to be used by the Taliban or other terrorist networks to sow discord," Kirby said.

"And again, we're having that conversation with the Pakistanis all the time," he added. Taliban's surge in Afghanistan has intensified as US and NATO troops wrap up their withdrawal from the war-torn country.

With Taliban attacks increasing, Afghan security forces and government troops have retaliated with airstrikes aided by the United States.

Afghanistan and the US have criticised Pakistan in the past for allowing Taliban fighters to cross into Pakistan where they are provided safe havens and also receive medical treatment.

While Kabul claims that Islamabad is sending thousands of militants to fight in the war-ravaged country and providing safe haven for the Taliban, Pakistan alleges that Afghanistan harbours the anti-Pakistani group Tehreek-e-Taliban Pakistan, the Pakistani Taliban, and also the secessionist Balochistan Liberation Army.

Pakistan has said that it has used its influence over the Taliban to press the insurgents into talks with the US and the Afghan government to find a political solution to the crisis.

Pakistan Prime Minister Imran Khan last month said that the US "really messed it up" in Afghanistan as he questioned the American motive for the 2001 invasion of the country in the first place and then their subsequent attempts of seeking a political solution with the Taliban from a position of weakness.