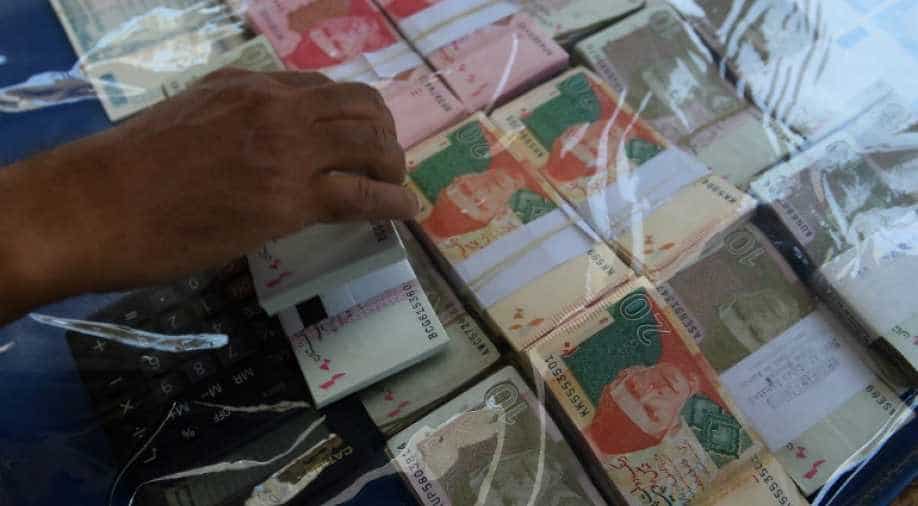 The constant decline in the trade deficit showed that imports have also plummeted despite a meager growth in exports.

Pakistan`s trade deficit shrank by nearly 38 per cent in the first two months of the current fiscal year, driven largely by a decline in imports of non-essential luxury items.

The constant decline in the trade deficit showed that imports have also plummeted despite a meager growth in exports.

Provisional trade figures available with Dawn showed that the trade deficit dipped to $3.973 billion in July-August from $6.37 billion over the corresponding months last year, reflecting a decline of 37.62 per cent.

The government has set a target to bring down the annual trade gap to $27.476 billion by June 2020. During the last fiscal year, the country`s trade deficit narrowed to $31.82 billion, registering a decline of 15.33 per cent.

The decline came on the back of the government`s interventions to arrest the rising import bill even though export proceeds posted a mixed trend during the same period.
Imports have remained well above the $3 billion dollar mark since October 2016 and have risen consistently over the period peaking at $5.8 billion in May 2018.

The incumbent government has taken several measures to curtail the rising import bill since coming to power in August 2018.

Meanwhile, the country`s merchandise exports grew by 8 per cent to $3.686 billion in July and August, from $3.41 billion during the same period last year.

The numbers are massively discouraging, as exports, which should have grown over the last few months owing to multiple currency depreciation, have failed to pick up.

The growth in export proceeds during July was encouraging as it grew by 15.65 per cent on a year-on-year basis.

However, exports during August grew by a scanty 1.12 per cent to $1.792 billion as against $1.772 billion over the corresponding month last year. Cumulative exports during the ongoing fiscal year are likely to reach $26.187 billion, up from $24.656 billion in the financial year 2019.

The government has already reduced the cost of raw materials and semi-finished products used in exportable products by exempting them from all customs duties. In a bid to secure its plunging economy, Pakistan has been desperately trying to garner more investments and bailout packages from various entities.

The International Monetary Fund has decided to send its team this month for suggesting ways and means to curtail the yawning budget deficit being faced by cash-strapped Pakistan.

Prime Minister Imran Khan, who was elected on an anti-corruption plank and a pledge to end austerity measures, had vowed to improve the depleting economic situation of the cash-strapped country.

In fact, the opposite has happened. In reality, prices of gas and oil products and electricity in Pakistan have risen considerably, burning a hole in the common man`s pocket.