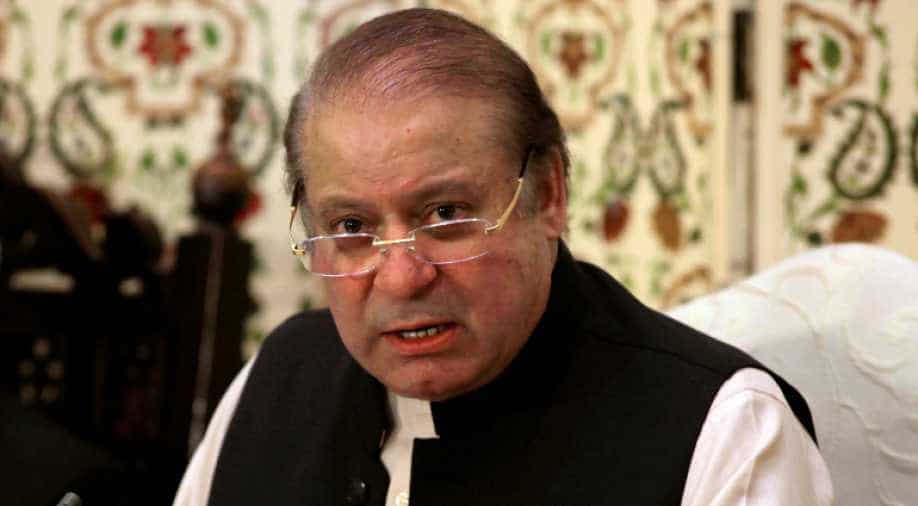 The ruling Pakistan Muslim League-Nawaz (PMLN) party nominated ousted premier Nawaz Sharif as its leader on Monday, a government minister said, hours before it used its parliamentary majority to amend a law to allow him to be re-elected party chief.

Sharif resigned as prime minister in July after the Supreme Court disqualified him for not declaring a source of income. He was also forced to step down as president of PML-N, though he kept control of the party and installed Shahid Khaqan Abbasi, a loyalist, as prime minister.

The party's state minister for interior, Talal Chaudhry, said a parliamentary meeting of the ruling party chaired by Abbasi had nominated Sharif as its leader. He said Sharif would be formally re-elected president in a session scheduled for Tuesday. "He will become party president tomorrow, God willing," Chaudhry said.

Hours later, Pakistan's parliament amended a law to enable Sharif to re-take PML-N leadership. The amendment bill was presented by law minister Zahid Hamid and passed by the lower house with a majority.

"We feel very strongly Nawaz Sharif has to lead our party. He's the symbol of unity in our party," said Rana Afzal Khan, a PML-N lawmaker.

Khan said Sharif was battling to assert "civilian supremacy" and boost democracy in a nation that has been beset by military interference in politics.

In protest, some opposition lawmakers tore up paper copies of the Election Bill 2017, passed by the Senate last week, that allows Sharif to become the party president again despite his disqualification by the court. But the vote was more of a formality as PML-N has a vast majority.

A previous election bill barred from office someone disqualified under Article 62 and 63 of the Constitution, which was used by the courts to remove Sharif.

"You are making a law for one person. You are putting the assembly on stake for one person," said Sheikh Rashid Ahmed, the leader of Awami Muslim League, a small opposition party.

Sharif on Monday appeared before an anti-corruption court and is expected to be indicted next week, along with three of his children.

The veteran leader denies any wrongdoing and has alleged there was a conspiracy against him, with senior PML-N figures pointing fingers at elements of Pakistan's powerful military. The army denies playing a role.

Relations between the military and civilian establishment were strained again on Monday when the paramilitary Rangers force, nominally under the control of the interior ministry, barred Interior Minister Ahsan Iqbal from entering the National Accountability Bureau (NAB) courts where Sharif appeared.

"Two states cannot function in one state," he said.